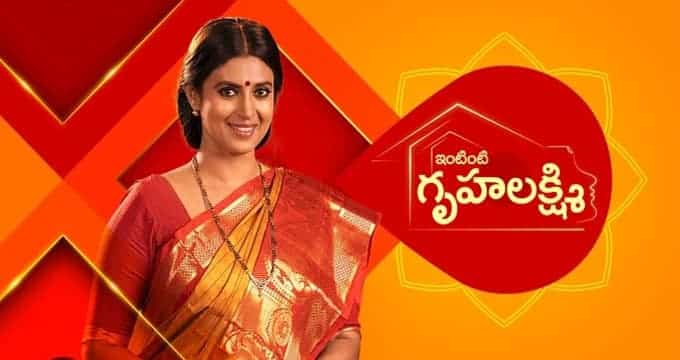 Intinti Gruhalakshmi serial is very popular among Telugu states. It is telecasting in other languages also. In Hindi, it is remaking as Anupama, and the serial is telecasted on Star Plus. Coming to the story Tulasi is a housewife and she faces lots of troubles in her marriage life, even after so many years of marriage. What is the decision she has taken to overcome these problems? How did she build a new life for herself? All these things plot the story.

The star of the show is Kasturi she is playing the role of Tulasi. Coming to other actors Harikrishna, Sree Harsha, Sireesha Naulu, and others play the supporting roles in the serial. The serial was directed by Vijay Krishna.

Many housewives connected to this serial a lot. The content of the serial is new and refreshing. Intinti Gruhalakshmi Telugu serial telecasts on Star Maa from Monday to Saturday at 8: 00 PM. All episodes of the serial are also available on the Hot Star app.

Intinti Gruhalakshmi is telecasting on Star Maa from Monday to Saturday at 8: 00 PM on Star Maa. It is also available on the Disney + Hotstar app.

Intinti Gruhalakshmi Serial in Other Languages