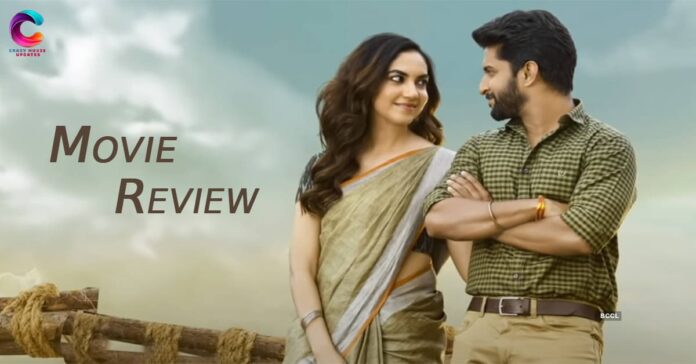 Tuck Jagadish Movie: Natural Star Nani made his debut on the OTT platform with the ‘V’ movie last year due to the corona pandemic. His next movie is also ‘Tuck Jagadish’ also released on Amazon Prime. Let’s talk about the glimpse of the Tuck Jagadish movie.

Jagadish Naidu (Nani) was the youngest son of Adiseshayya Naidu, the elder of a village called Bhudevipuram. He and his elder brother Bose (Jagapathibabu) happily live with their stepmother and her daughters. Adiseshayya wants everyone in the family to be happy even after his death. But when he suddenly dies of an illness conflicts arise in his family. Bose joins hands with Virendra (Daniel Balaji), an enemy of the Adiseshayya family, and causes unrest in the village. The rest of the story is about what Jagdish did to reunite his family in these circumstances and how he solves the problems in the village.

Natural star Nani always tries to do experiments with his movies in the process of providing entertainment to the audience. The audience was shocked to see last year’s routine revenge drama ‘V’. This time he came up with a movie named Tuck Jagadish the title itself disappointed his fans they expected something more from Nani. It is a family sentiment movie. In this, fast-forward era audiences don’t show interested to watch these kinds of films. Some films like ‘Brahmotsavam’ have proved how they can be. First, half an hour movie goes very slow with disturbances in the village. 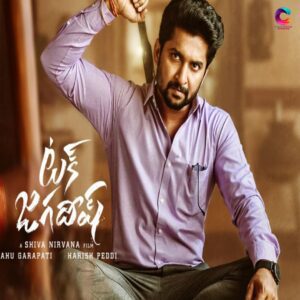 The audience expects fun from Nani movies but the director failed in the zoner of providing fun. Director Shiva Nirvana may add fun elements with sentiment to entertain the audience. In addition to this, the director took the routine thread of land and property rights. ‘Tuck Jagadish’ engages the audience well when the villains become MRO.

Some scenes connect well to mass audiences. The Pre-climax is completely a family sentimental drama. Usually in stories like this, when it comes to the pre-climax, the hero is misunderstood by everyone. In the end, it is a big fight. ‘Tuck Jagadish’ literally followed that formula. The last half an hour seemed like it was filled with forced emotions. Jagapathi babu’s character gave a good elevation in the middle.

Overall Tuck Jagadish is below average movie. This time Nani wanted to give a ‘mass’ touch to a family drama. Nani fans expected more from him. The audience is not connected to this movie. Somehow it managed to entrain a mass audience. As usual, Nani’s acting was a plus point for the movie. Finally, this is not the kind of movie that the audience expects from Shiva Nirvana and Nani.