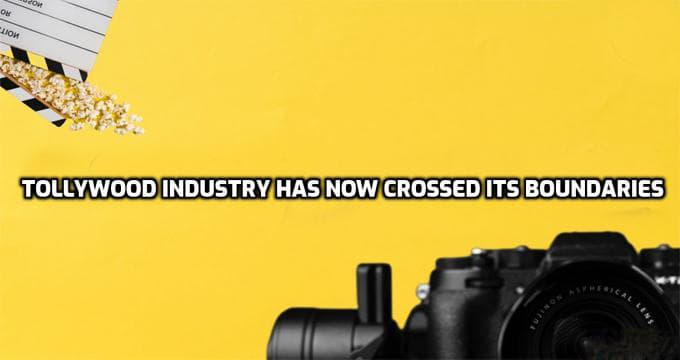 Even those who ruled the Hindi cinema till yesterday are watching what is happening in Tollywood. People are talking about the new projects in Tollywood. They are discussing the targets of Telugu heroes. Not only that, but remakes of blockbuster hits are also in high demand in Bollywood. Putting all these aside Pan India level movies are getting ready in Tollywood. After Baahubali One and two movies Bollywood is looking at Tollywood.

Even now the  RRR movie is the biggest debate in Bollywood. It is an accepted fact that the undefeated director Rajamouli who is also called jakkanna has taken Tollywood to this level.  His movies will shake up the Bollywood collections. In addition to this,  RRR has other stars like Junior NTR, Ram Charan. The entire cast of Indian cinemas is also present. With that, there is talk that RRR will be a super hit whenever it is released. Apart from this, Prabhas, who made fame for himself in Bollywood with his Bahubali, is now set with Radheshyam. Apart from that, Prabhas Adi Purush and Salar movies are in the line of Pan India movies.

On the other hand, Allu Arjun Pushpa movie is making at pan India level. This movie has high expectations as it is going to release in two parts. With this Pushpa is on the list of most awaited movies in Bollywood. Puri Jagannadh’s Liger movie with daring and dashing hero Vijay Devarakonda is also targeted for Pan India. Many movies from Telugu makers are ready to release in Bollywood next year. But most of the focus is on the three movies that are going to release in next year February 2022. RRR is ready to create a sensation at Box office at the Pan India level. Anyhow B town is focusing more on Tollywood these days.

Pushpa The Rise to Release on Dec 17 Officially announced