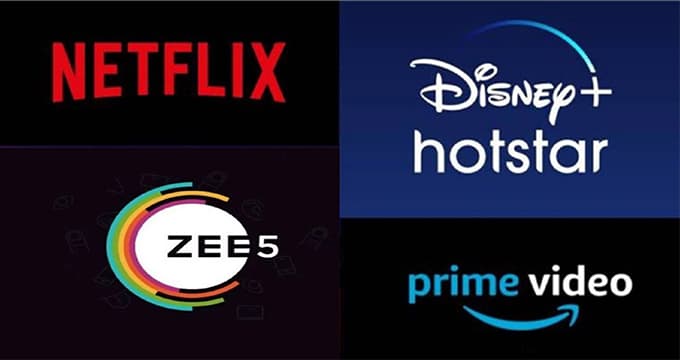 In recent times craze for OTT platforms has been increasing in a drastic way. Due to covid and all audience are showing interest to watch films on OTT platforms. Popular digital streaming platforms are coming up with new films and web series every Friday. In this article let us talk about Friday OTT release movies list.

Here is the list of New South Indian movies on OTT. This Friday OTT release movies list is a bit big. This week Five movies and one web series are all set to stream on popular OTT platforms. Four of these five films are dubbed films. In the list, first comes multi starrer movie Bangarraju. The film made a splash in theatres on January 14, as Sankranti gift. King Nagarjuna co-starred with Akkineni Naga Chaitanya in the film. Expectations on the film were too high somehow the film failed in making blockbuster collections at Box Office. Bangarraju will be streaming as a Friday OTT release movie on ZEE 5 app.

The Malayalam hit film `Hridayam` will be streaming on the same day on Disney Plus Hot Star. The film was directed by Vineet Srinivasan the film starring Malayalam superstar Mohanlal’s son Pranav Mohanlal as the hero and Priyadarshan Darshana Rajendran as heroine. Along with this film Kapil Dev’s biopic, `83` starring Ranveer Singh will also be streaming on Disney Plus Hot Star the same day. The original Hindi version of 83 movie will be available on Netflix.

Vishal latest movie ‘Enemy’ will be streaming as a Friday OTT release on Sony Liv. The story of the film is about two best friends who become enemies when they grow up. The film aired in theatres with a lot of expectations but it was a disaster at Box Office.

Last but not least the Telugu version of Tamil super hit film ‘96’ starring Vijay Sethupathi and Trisha was released on Aha as a Friday. On this Friday movie Lovers can enjoy all these best movies to watch on OTT platforms.

Including these films, one more web series `Bestsellers` is all set to stream on Amazon Prime Video. This Web series starring Sruthi Haasan, Mithun, Arjan Bajwa, and many Other star heroines in it.