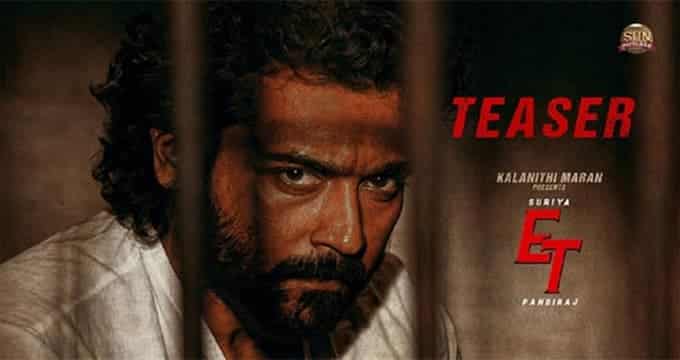 Suriya ET Teaser is Launched: It’s been really a very long time since we haven’t seen Suriya in a power-packed action film. After Singam movies he hasn’t acted in action kinds of films. Now after a gap of almost five years, he is coming back with the action-packed drama ‘Etharkkum Thunindhavan’ also known as ET. With ET movie Surya targeted the entire Pan India. As a part of promotional activities, the ET teaser is launched recently.

Etharkkum Thunindhavan movie release date is locked on March 10. The film is going to release in Tamil, Telugu, Kannada, and Hindi languages. Recently Surya received a blockbuster with Jai Bheem film. Hopefully, this film is also going to be another blockbuster in his career. The film was directed by Pandiraj and produced by Kalanidhi Maran under the Sun Pictures banner. The film starring Malvika Mohanan as the heroine. After watching ET Teaser expectations on the film are doubled.