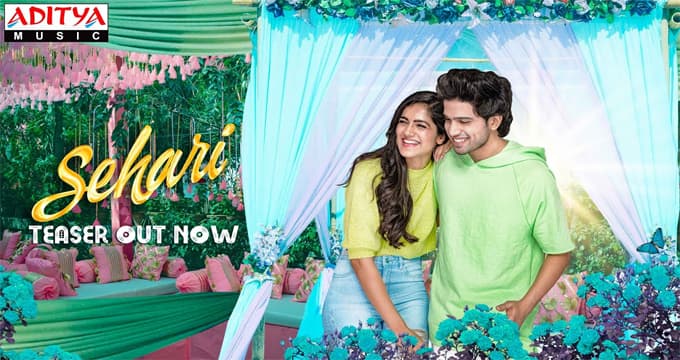 SEHARI MOVIE RELESE DATE IS OUT: Sehari movie was directed by Gnanasagar Dwaraka. Harsh Kunumilli was introduced as a hero in the film. Harsha’s dancing skills in the song ‘Idi Chala Bagundile’ are impressive. Sehari movie heroine name is Simran Choudhary, she won the title of Miss Andhra in 2012, and she is well known as a model. Her first film in Telugu is Hum Tum. The film already completed its Pre-release works and is ready to release.

After watching the movie teaser, we can understand that the film was a youthful entraining Romcom drama. Coming to Sehari movie cast Harsh Kunumilli and Simran Choudhary played the hero heroin roles Abhinav Gomatam played a key role in the film. Other actors like Praneeth Reddy Kallem, Akshithaa, Sneha Velidindi, Koti, Balakrishna, and Rajeswari Mullapudi played supporting roles in the film. Music was composed by Prashanth R Vihari. Sahi Suresh was the Art Director. Editing work was handled by Ravi Teja Girijala.

The Sehari Movie is being jointly produced by Advaya Jishnu Reddy and Shilpa Chaudhary under the banner of Virgo Pictures. With the announcement of the Sehari movie release date, promotional activities of the film are speeded up. All the best to the Sehari movie team from Crazy Movie Updates.

Prabhas Salaar in 2 Parts a Big surprise For Prabhas Fans