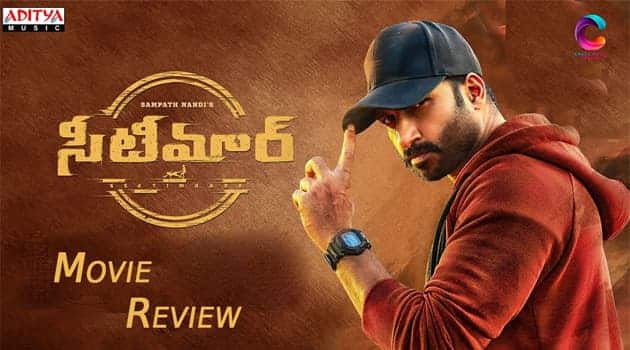 Seetimaarr is one of the biggest movies which is released after Carona’s second wave. Sampath Nandi who is the director of the ‘Gowtham Nanda’ movie also directed ‘Seetimaarr’. This movie was made on a Kabaddi backdrop. Let’s talk about the glimpse of the movie

Karthik (Gopichand) is a kabaddi coach. Karthik makes a Kabaddi team with girls from his hometown and trains to play at the national level to protect the school that his father established. Karthik thinks that if they all do their best at the national level, their hometown will be named. Everyone will hear their pain. Then they can protect their school from privatization.

As he expected he takes his team to the national level championship. While the team is doing a good performance unexpectedly all the girls in the team will be kidnapped. Now the story is about will Karthik be able to find the Kidnappers and save his team? Are they going to perform in the finals? Did Karthik succuss in protecting his father’s school?

Seetimaarr is a commercial entertainer with a Sports-based storyline released on this Ganesh Chaturthi. It is the most awaited film by Sampath Nandi. There are very few full-length sports-based movies in Telugu like ‘Jersey’. Sampath Nandi made this film to entertain a mass audience. Speaking at the Pre-release function director said that this film is not going to be like ‘Check De India’ or ‘Dangal’ or any other sports movie.

It is a commercial movie screened on a sports-based storyline. With this, he had given the audience a hint about the movie. However, when writing a story in the context of a game, it is possible to add commercial elements and entertain while provoking the same excitement as in ‘Sye’ The movie is based on Kabaddi but in terms of the game, the entertainment provided by this movie there is nothing thrilling to share. Kabaddi aside, this is a routine mass masala movie.

Gopichand appeared in the role of Mass that fans want from him. His performance does not seem new but impresses the mass audience. Tamanna is also acted as a coach, but her character has no specialization. She impressed the audience with her glamor. Tarun Arora’s performance as the villain feels very routine. Rahman, the role seemed okay.

Nothing to say about Digangana Suryavanshi. Preeti Asrani impresses the girls who have become kabaddi players. Rao Ramesh seemed okay. Overall this movie is okay but not that impressive. Seetimaar is only a mass entertainer but the audience gets nothing to watch in terms of sports.