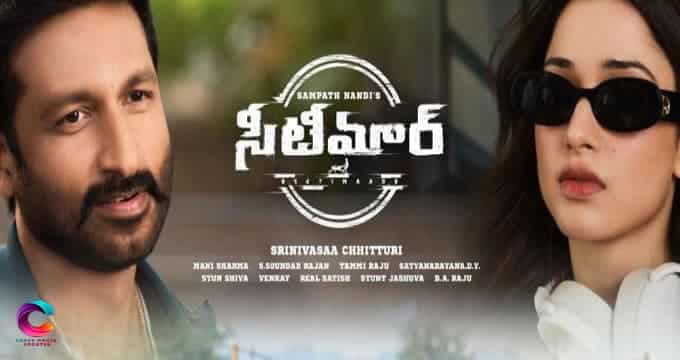 This film was directed by Sampath Nandi. Gopichand acted as a hero in the film. Tamanna is paired as heroin with Gopichand in this film. Bhumika, Rehman, Tarun Arora, Digangana Suryavanshi, Rao Ramesh, Posani Krishna Murali, etc, played other important roles in the films. Soundar Rajan was the cinematographer. Seetimar film was produced by Srinivasa Chittoori. Music was composed by Mani Sharma.

Karthik (Gopichand) is a kabaddi coach. Karthik makes a Kabaddi team with girls from his hometown and trains to play at the national level to protect the school that his father established. Karthik thinks that if they all performed well at the national level then their hometown will be recognized by everyone. So, everyone will understand their pain. Then they can protect their school from privatization.

As he expected he takes his team to the national level championship. While the team is doing well, unexpectedly all the girls in the team will be kidnapped. Now the story is about how Karthik will save his team from the kidnappers? will they perform in the finals? How Karthik would be able to protect his father’s school?