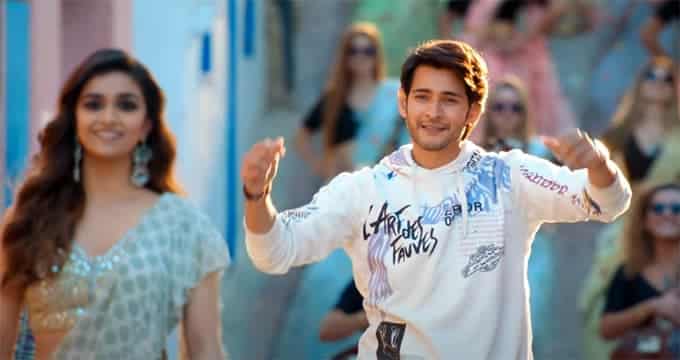 Kalaavathi Song Promo: ‘Sarkaru Vaari Paata’ is the latest action and family entertainer Movie directed by Young talented director Parashuram with superstar Mahesh Babu as the hero and Mahanati Fame Keerthi Suresh as a heroine. The Movie Sarkaru vaari Paata Locked its release date on May 12th. Because of this, The SVP movie unit has started the Musical Promotion from today.

The first look – teaser and special posters released from the movie ‘Sarkaru Vari Pata’ got a good response from the Audience. The makers are all set to release their first single, ‘Kalaavathi Song‘ on February 14th on the occasion of Valentine’s Day. The film crew recently released a 36-seconds of Kalaavathi song promo on social media as part of this.

In Kalaavathi Song Promo, Mahesh Babu and Kirti Suresh’s couple looks very beautiful. The magical chemistry between the two can be seen in this Kaalavathi song. Mahesh looks even more stylish as before in trendy costumes. Mahesh’s song has been going viral on social media for almost two and a half years.