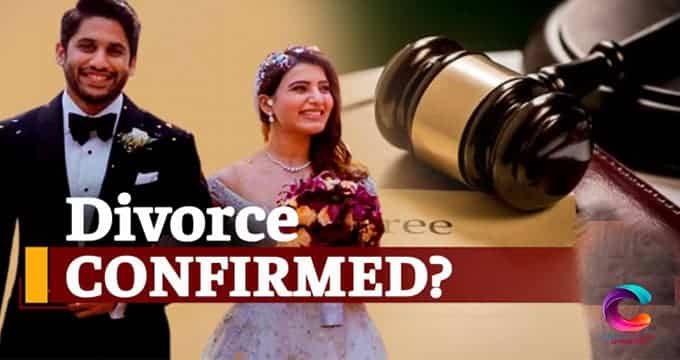 Today evening they both confirmed the news that they both are getting separated from their wife and husband relation. Samantha and Naga Chaitanya both posted on their Social media accounts of Instagram that “After much deliberation and thoughts Samantha and I have decided to part ways as husband and wife to pursue our own paths. We are fortunate to have a friendship of over a decade (10 years) that was the very core of our relationship which we believe will always hold a special bond between us. We request our well-wishers, fans, and the Print media to support us during this difficult time and give us the privacy we need to move on”.

Samantha also reposted the same on her Instagram account. Fans are very much disappointed about this news.

Samantha and Naga Chaitanya got married in the year 2017 now today on 2nd October 2021 they have announced their divorce. This couple is giving hints about their separation, recently Samantha removed her Sure name Akkineni from her Twitter and Instagram accounts changing her sure name to “S”. Even though the rumors are spreading all over the couple haven’t denied those rumors. 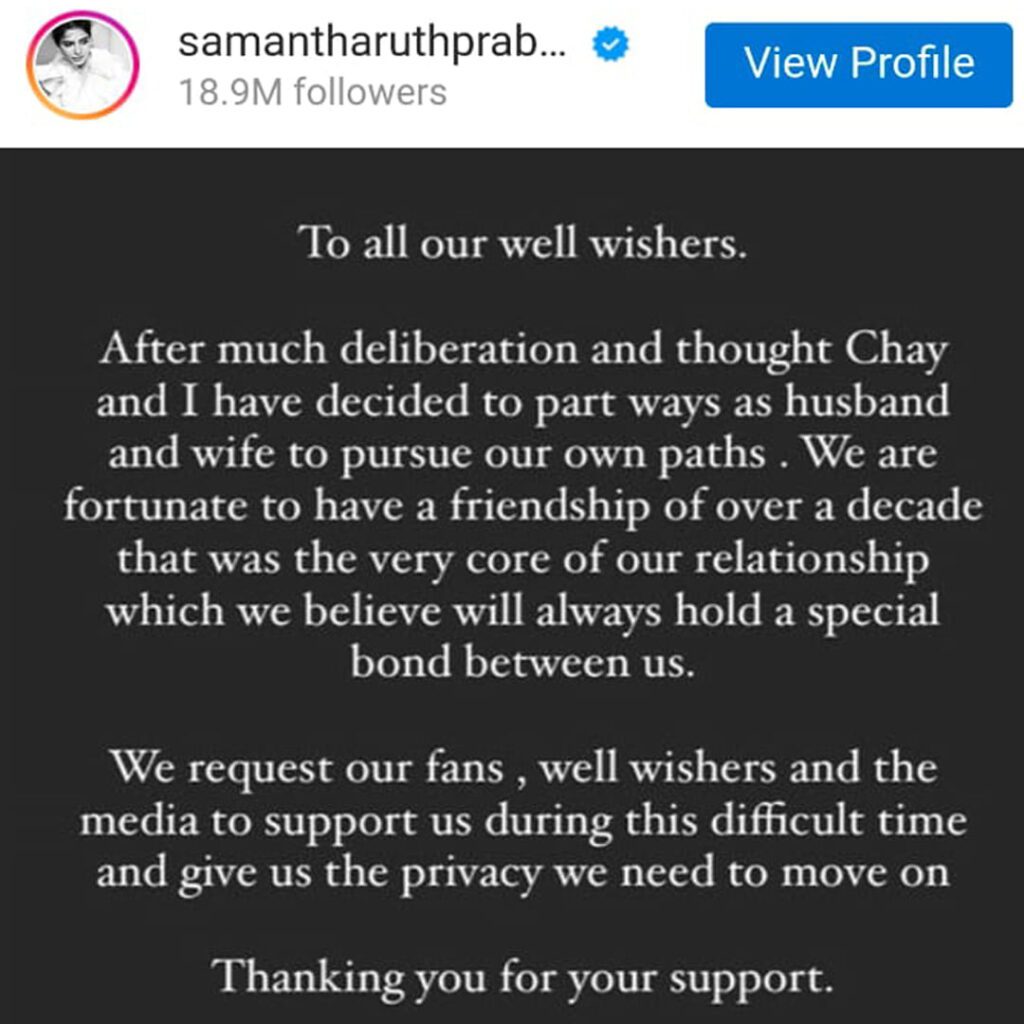 Samantha did even not attended the birthday party of Akkineni Nagarjuna which was held in the month of August. She even hasn’t attended any of the parties that held on the success of the Love Story movie by Naga Chaitanya. This couple acted in Ye Maaya Chesave, Manam, Autonagar Surya before marriage, after marriage they acted in Majili which was a blockbuster hit. Fans are heartbroken after hearing their decision.