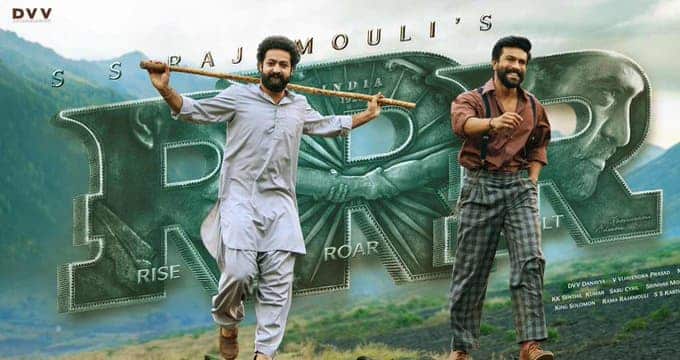 RRR New Release Date 2022: RRR – All Indian Movie Lovers across the country are eagerly waiting for the release Of the RRR Movie. For the First Mega Power star Ram Charan Tej and Young tiger, NTR will share the Big screen, and the audience has highly anticipated this film. Living to those expectations, director Rajamouli plans to release the RRR Movie on a pan-India level. RRR Movie plans to release worldwide on 7th January as a Sankranthi gift in almost 14 languages.

However, the movie’s release had been postponed as Covid and Omicron cases were booming across the country. Later many rumors were raised about RRR new release date, and many RRR fan Made Posters have appeared on social media. Finally, RRR Movie Makers have announced the RRR new release date with a Poster on Friday and gave a sudden surprise to RRR fans.

In the RRR new Release date, poster makers announced two release dates one is 18th March and the second one is 28th April and also said, “If the Pandemic situation in the country gets better and all theaters open up to operate at total capacity, we are ready to release the film on 18th March 2022. Otherwise, RRR Movie will release on 28th April 2022.” 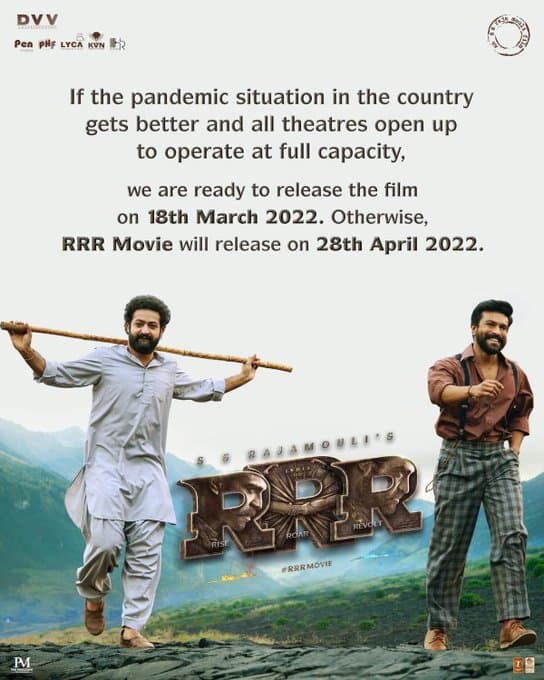