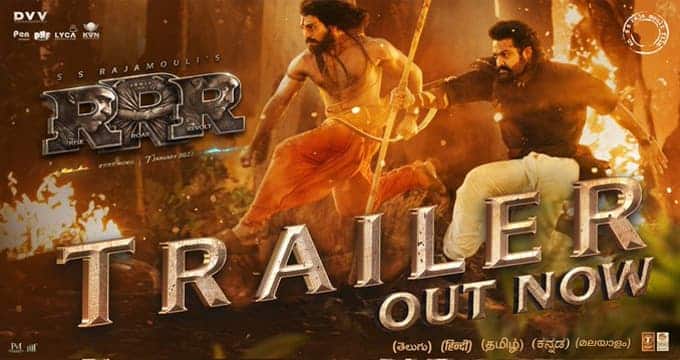 RRR MOVIE TRAILER UPDATES: The most awaited day finally arrived. RRR official trailer launched a few hours ago. It created a bang on the internet within a few hours of its release and continued its hulchal.  First things first by watching the RRR Movie trailer we cannot stop ourselves from appreciating SS Rajamouli for his great work. We can understand that Rajamouli is all set with another master pic.

RRR Movie Trailer Officialy released Today in Five Major india Languages namely Telugu, Tamil, Malayalam, Hindi and Kannada. RRR is a fictional story inspired by two freedom fighters Alluri Sitha Ramaraju and Komuram Bheem. In the film, Ram Charen is starring as Ramaraj and JR. NTR as Komuram Bhim. The nature of these two characters in the film is symbolized by the elements of Fire and Water. RRR means Roudram Rudhiram Ranam. It is no exaggeration to say that both eyes are not enough to see NTR and Ram Charen together on screen. It is like an eye fest to their fans and movie lovers. 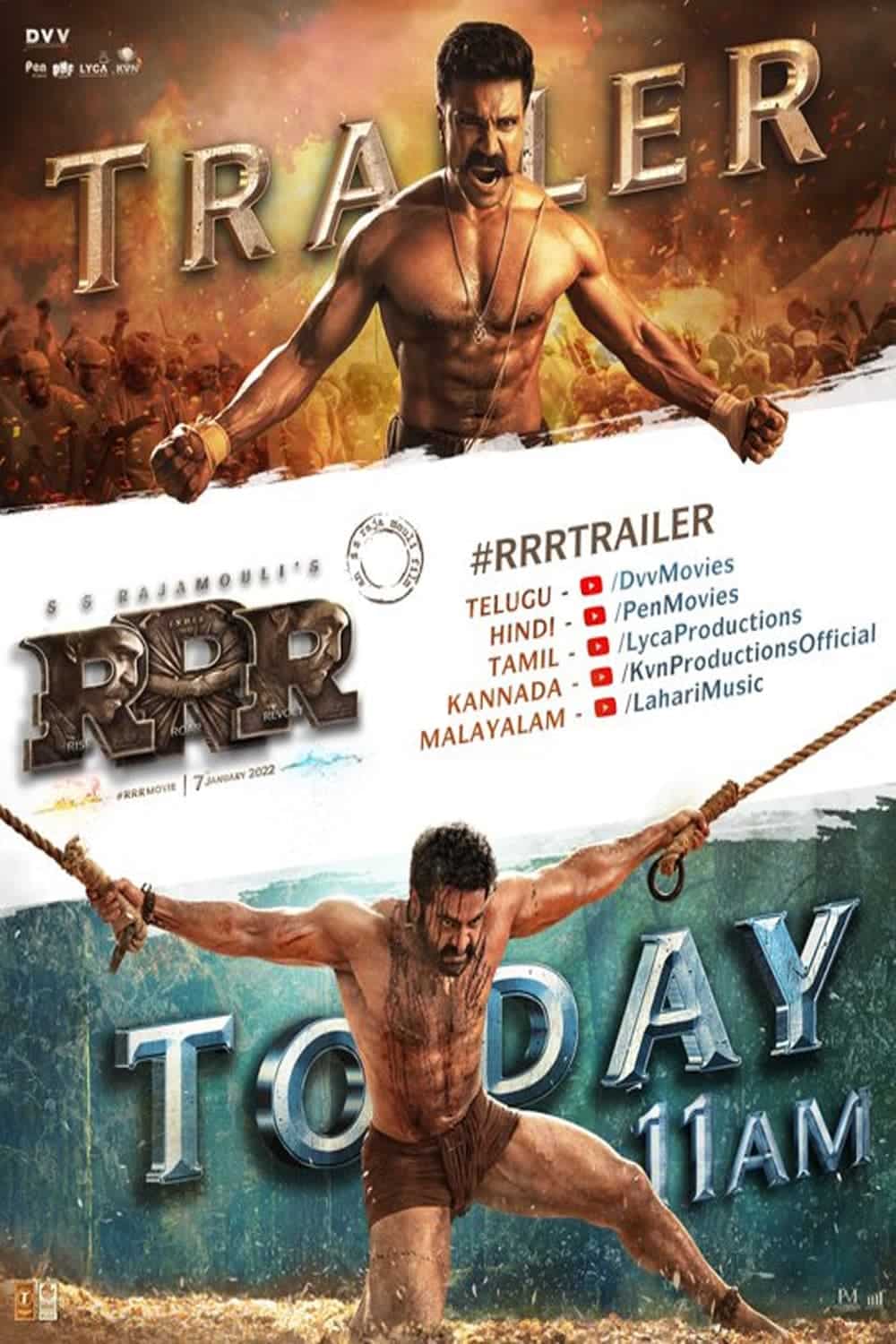 Ram Charen was introduced as the hunter who catches the Tiger. British forcibly took away a Gond tribal girl. Bhim fights with the British to protect that girl and Ramraj arrests Bhim for fighting against the British. The whole scene was completely emotional in RRR Movie Trailer.

In RRR official trailer we can get to see both friendship and enmity between Ramaraj and Bhim. Alia Bhatt plays the role of Sita being kicked by the police. Some scenes where Ramaraju is beaten by Bhim are emotional. The fighting sequence on the bridge is on top of Knoch. Another scene where Ram Chren riding a horse and NTR driving a bike gives goosebumps to fans.

Dialog by Ajay Devgan “Yuddaani Vethukuntu aayudalu vatanthata avve vasthai” is on the next level. This dialog shows the nature of his character. Ajay Devgan played one of the key roles in the movie. Alia is paired with Charan and Hollywood actress Olivia Morris is paired with Tarak. Samudra Khani, Shriya, Rajiv Kanakala, Hollywood actors Alison Doody, Ray Stevenson appeared in a single scene that impressed.