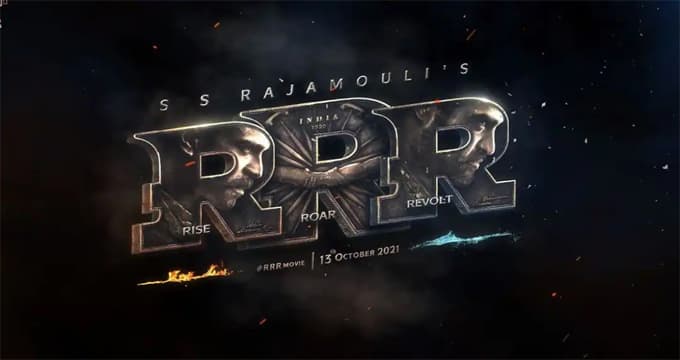 The most awaited film RRR is all set to release. It is coming in front of an audience as a Pongal gift. RRR was directed by SS Rajamouli and starring Jr NTR and Ram Charen in lead roles. Ajay Devgan, Alia Bhatt, Olivia Morris, etc are playing key roles in the films. The film is being made around a budget of 400 crores and was produced by DVV Entertainments.

The film received a huge hype before going to air in theatres. In the USA the pre-bookings are already opened for RRR. With this comes the information that RRR is already setting new records in America. RRR premium show tickets are being purchased for around $175K. The film grossed around $175K in just a few hours. No other Telugu movie achieved this record as of now. RRR set a new record in terms of Pre-bookings. The already released trailer and songs are creating buzz everywhere on the internet and social media. The film is going to be aired in theatres from 7th January 2022 onwards. Tickets are at affordable prices in America. 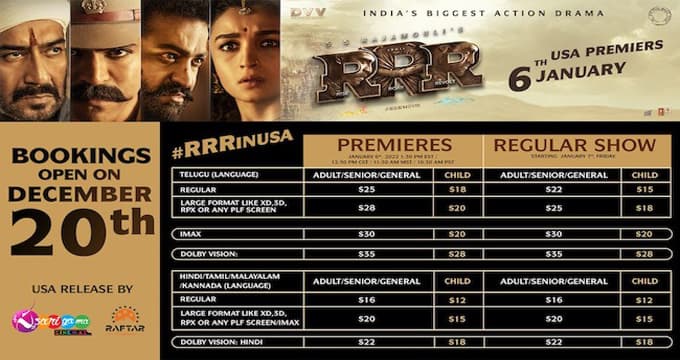 If the ticket price was increased as per the craze, then the consequences will be different. At the time of Baahubali release they did the same mistake at that time cost of the ticket has been increased there the public was outraged that the film should be boycotted. The idea of boycotting movie is raised due to increase in the cost of ticket. This time, however, RRR producers are making the premiere available at regular prices without making such a mistake.

RRR film is releasing approximately in 1k theatres at America. RRR distributors are offering tickets at affordable prices. Tickets for the RRR premieres (Telugu version) are priced at $ 25 (adults) on regular screens, $ 18 (children), $ 28 on adults ($) on large format screens ($ 20) (children). Tickets for the Imax-Dolby Vision screens are priced at $ 30 and $ 35, respectively. RRR wallpapers will be released worldwide on January 7 as a gift. The film is expecting to collect 1000 crores gross all over the world.