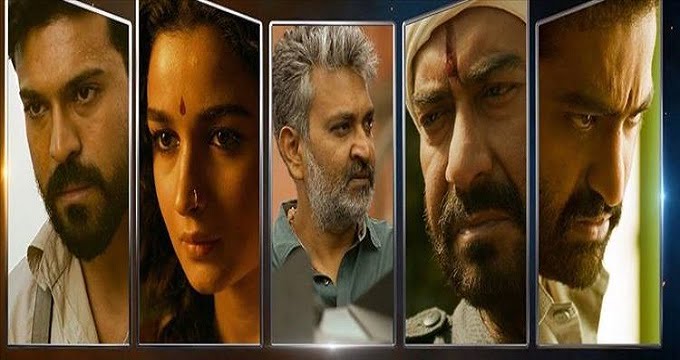 Addressing in the event producer Kalaipuli S Thanu said with confidence that, if they invest 1000 crores on the film then also Rajamouli has the capability of making 1000 crores profit from the film in return. Hero ShivaKarthikeyan also expressed the same feeling about the film.  He said that 2022 is a good start for movie buffs with biggest films like RRR and Valimai. He also added in RRR Pre relese event that these kinds of films surely bring audience for theatres for upcoming movies. 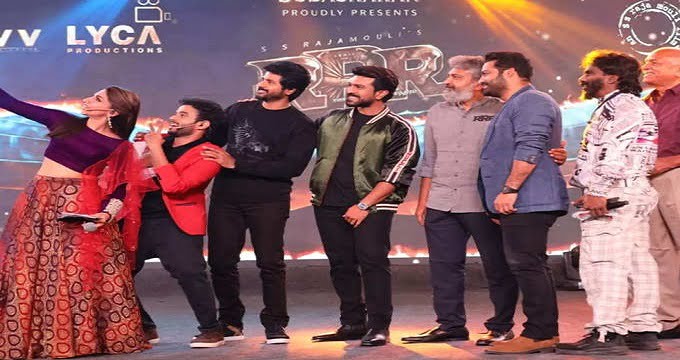 Great Indian film director SS Rajamouli expressed his gratitude towards Tamil Nadu audience for supporting him and making his previous films a big success in Tamil Nadu. He specially thanked producer DVV Danayya for being so patient with him in the massive projective. He also thanked Charan and NTR for their dedication and hard work while working for the film. He also added that Charan and Tarak are the important reasons behind the hitting of the film in US market with $2 million Pre Release market. Meanwhile Rajamouli shared some funny incidents from RRR sets while shooting. Finally, SS Rajamouli promised that RRR will be a complete visual treat for audience.

Best things about RRR pre Release event is friendship between Charan and  NTR. Fans are very much happy to see their favourite stars on the stage. They were excited to take pictures with RRR trio. Finally, Tarak thanked Ram Charan fans and Charan thanked Tarak fans for being in the part of making the event a grand success.