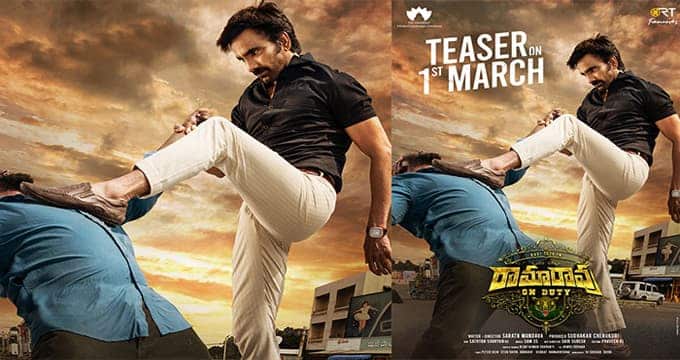 RAMA RAO ON DUTY TEASER RELEASE DATE IS LOCKED: Mass Maharaj Ravi Teja is on track again. These days he is gearing up to film back-to-back films. His previous film Khalidi failed to reach audience expectations. It failed in making decent collections at Box Office. This time he is coming with a new project “Rama Rao on Duty”.

Sarath Mandava is making a debut as a director in the Tollywood industry with Rama Rao on Duty movie. Going into more details So far, the first look poster of the film received a good response from the audience. Now the makers are getting ready to launch the teaser. They recently announced Rama Rao on Duty teaser release date. 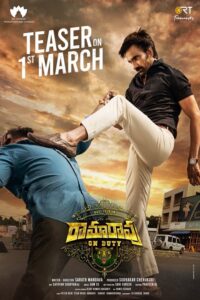 Rama Rao on Duty teaser release date is locked on March 1, on the occasion of Maha Sivaratri. This news is unveiled by makers through a poster. The massive poster left on this occasion is highly impressive. Ravi Teja looked decently in formal attire.

Ravi Teja will be seen as a government employee in ‘Rama Rao on Duty’. Sudhakar Cherukuri is producing the film under the banner Sri Lakshmi Venkateswara Cinemas in collaboration with RT Team works.