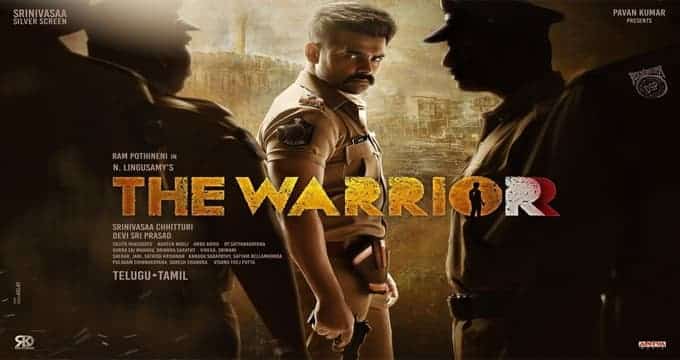 The Warrior First Look Poster: This time Tollywood Energetic Hero Ram is coming with an out and out powerful action movie. After the success of Ismart Shankar and RED movies, Hero ram is Paired with sensational Director N. Lingusamy.

The warrior movie team has released the Warrior first look poster today. And Movie Makers officially said that. The warrior movie will be a fully commercial entertainer, and for the first time, Hero Ram Pothineni is playing a Powerful Police officer role in this film.

The warrior Movie unit plans to release this movie in Tollywood and Kollywood. For the last few years, director N. Lingusamy is not in a good position, and now he has taken special care in the script to show the people what he was, and Hero Ram Pothineni also trying to increase his market in both the states. 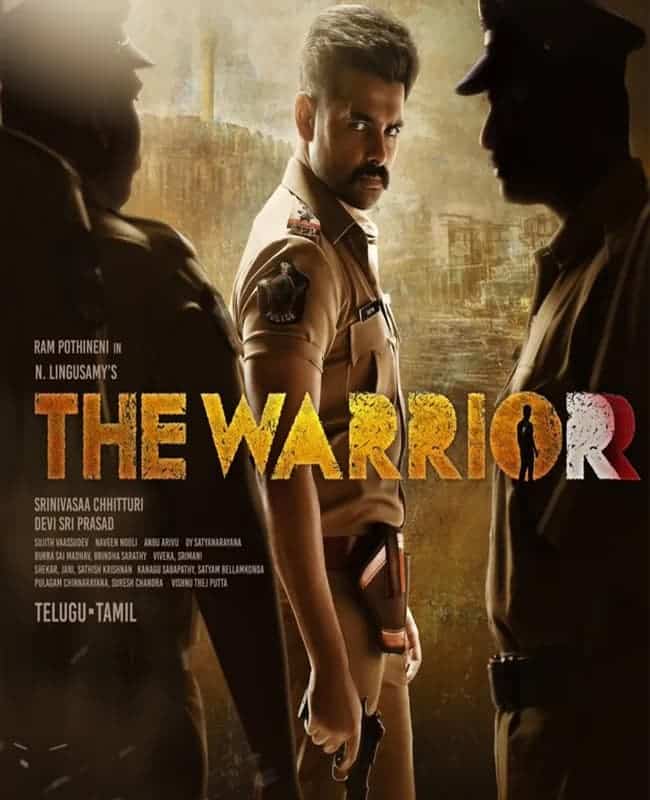 By seeing The Warrior’s first look poster, we understand that this movie will be a mass entertainer. In Ram Pothineni career, The warrior is the only movie with a high-budget film. Kollywood actor Aadhi Pinisetty plays a powerful villain role in this movie, Coming to cast and crew Ram as a hero Kannada beauty Akshara gouda as a heroine, Rock Star Devi Sri Prasad is Providing a Music for this movie.