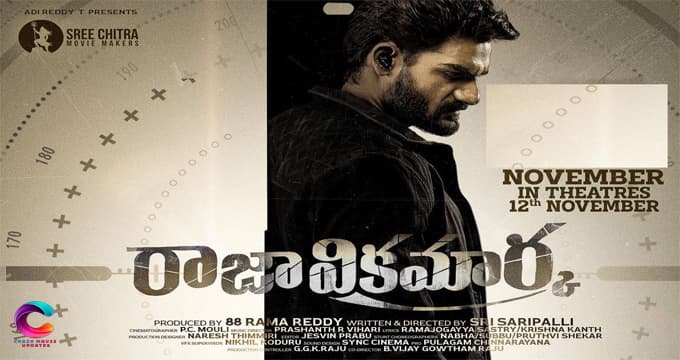 RAJA VIKRAMARKA OFFICIAL TRAILER: ‘Raja Vikramarka’ is the latest action entertainer by ‘Rx 100’ fame Karthikeya Gummakonda. It was directed by Sri Siripalli, Karthikeya will be seen as an NIA officer in the film. Previously released promotional images, first look, teaser impressed the audience. This film is all set to release worldwide in theatres on 12th November.  In this context, Raja Vikramarka official trailer has been released by Natural star Nani.

According to Raja Vikramarka official trailer, we can understand that this movie is going to be an action-comedy drama. This is the movie of an NIA officer who went on a secret mission to save the home minister from a big accident, and it is also understood that Hero is trying to impress the home minister’s daughter.

However, it seems that Karthikeyan, an NIA agent who went on a secret mission, fell in love with the Home Minister’s daughter. It has a high-intensity action sequence as well as a bit of humor. And did Agent Vikram successfully complete the mission? Got the girl love? What is the real story behind this Raja Vikramarka? You must watch the movie to know the answers to these questions. The film stars Karthikeya as a hero, Tanya Ravichandran as a heroine. Sudhakar appears in an important role as a colleague to the hero. Sudhakar previously acted in Life is a beautiful movie. Tanikella Bharani as hero uncle. Sai Kumar, Pashupati, Harsha Vardhan, Surya, Gemini Suresh – Zabardast Naresh, etc, are seen in other important roles. Visuals – Background score is the main attraction. The comedy and action-packed ‘Raja Vikramarka’ official trailer is especially entertaining. This trailer is about the duration of two minutes and forty seconds.

Karthikeya’s acting and his looks are amazing. He is looking decent and stunning. Coming to Tanya Ravichandran her looks are classy and gorgeous. When talking about technicalities Raja Vikramarka’ is being produced by 88 Ramareddy under the banner of Sri Chitra Movie Makers with a presentation by T. Adireddy. Prashant R. Vihari composed the music for the film. P.C. Mouli provided the cinematography and Jeshwin Prabhu did the editing work. We have to wait till November 12th to see what kind of magic Karthikeya is going to do with the Raja Vikramarka movie.