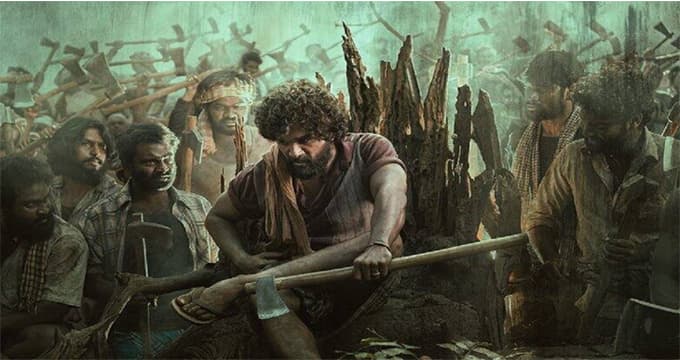 Pushpa The Rise day 1 Worldwide Box Office collections: Movie buffs and Allu Arjun fans are highly impressed with Allu Arjun’s acting in Pushpa’s film. The film received mixed talk after its release, but this talk hasn’t impacted Box Office collections. Allu Arjun carried the complete show on his hands. He just justified the dialog “Taggede le”. Bunny’s acting is on another level in the movie. His mass look, dialogs, and expressions are perfect for the role of Pushpa Raj in the film.

He proved that Pushpa means not a flower it’s a fire with his acting. Pushpa movie recorded a decent amount of collections on its first day. The makers said that this is the highest-grossing movie of the first day in India in 2021. It was the biggest hit at the box office. Pushpa’s story revolves around Errachandanam. Pushpa Raj starts his life from nowhere and becomes a syndicate had for Errachandanam smuggling mafia. He creates his own identity for himself and rules the smuggling mafia.

Rashmika Mandanna played the role of Srivalli. She paired as heroin with Allu Arjun and given an impressive performance, yet the scenes are a bit cringy. Malayalam star Fahad Fazil, Sunil, Anasuya, Ajay Ghosh, Rao Ramesh, Shatru, Dhanunjaya played key roles. Rock star Devisriprasad composed the music and Mirosla Kuba Brojek provided the cinematography. The film was produced under the banner Maitree Movie Makers in collaboration with Mutham Shetty Media by producer Naveen Erneni and Ravishankar.

Pushpa part2 is titled Pushpa: The rule it is the sequel for Pushpa: The Raise. Untold answers for the questions in part1 are going to get answers from part2. However, Pushpa: The Raise got mixed talk but made Housefull collections and also created certain standards about part2.