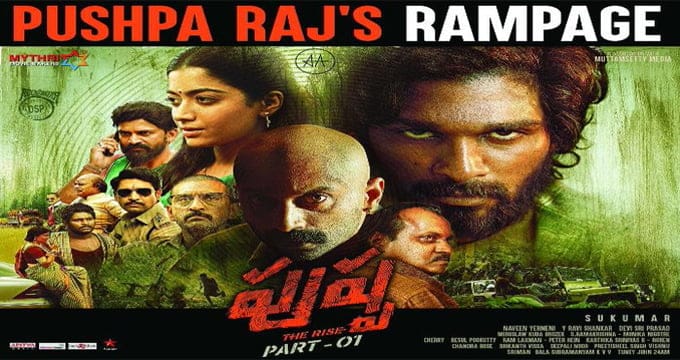 PUSHPA 1st WEEK BOX OFFICE COLLECTION: Pushpa is the third film made under the combination of Director Sukumar and Icon star Allu Arjun. Previously they worked for Arya and Arya 2. Pushpa film made divided into two parts. The first part Pushpa: The raise received a mixed talk from the audience. But these talks don’t influence Pushpa 1st week Box Office Collections. The makers of the film officially announced that Pushpa 1st week Box Office collection is 173 crores. Pushpa Buzz is everywhere in India including Telugu states.

The producers say that the first part of ‘Pushpa’ is the biggest grossing movie of 2021 itself. Allu Arjun’s Pushpa 1st week Box Office collection grossed over 229 crores worldwide which is the record for the year in terms of Indian Cinema.  The makers have also released another poster saying that the film has grossed over $ 2 million in the USA market. It was also revealed that this is the first South Indian movie to receive this level of revenue this year. 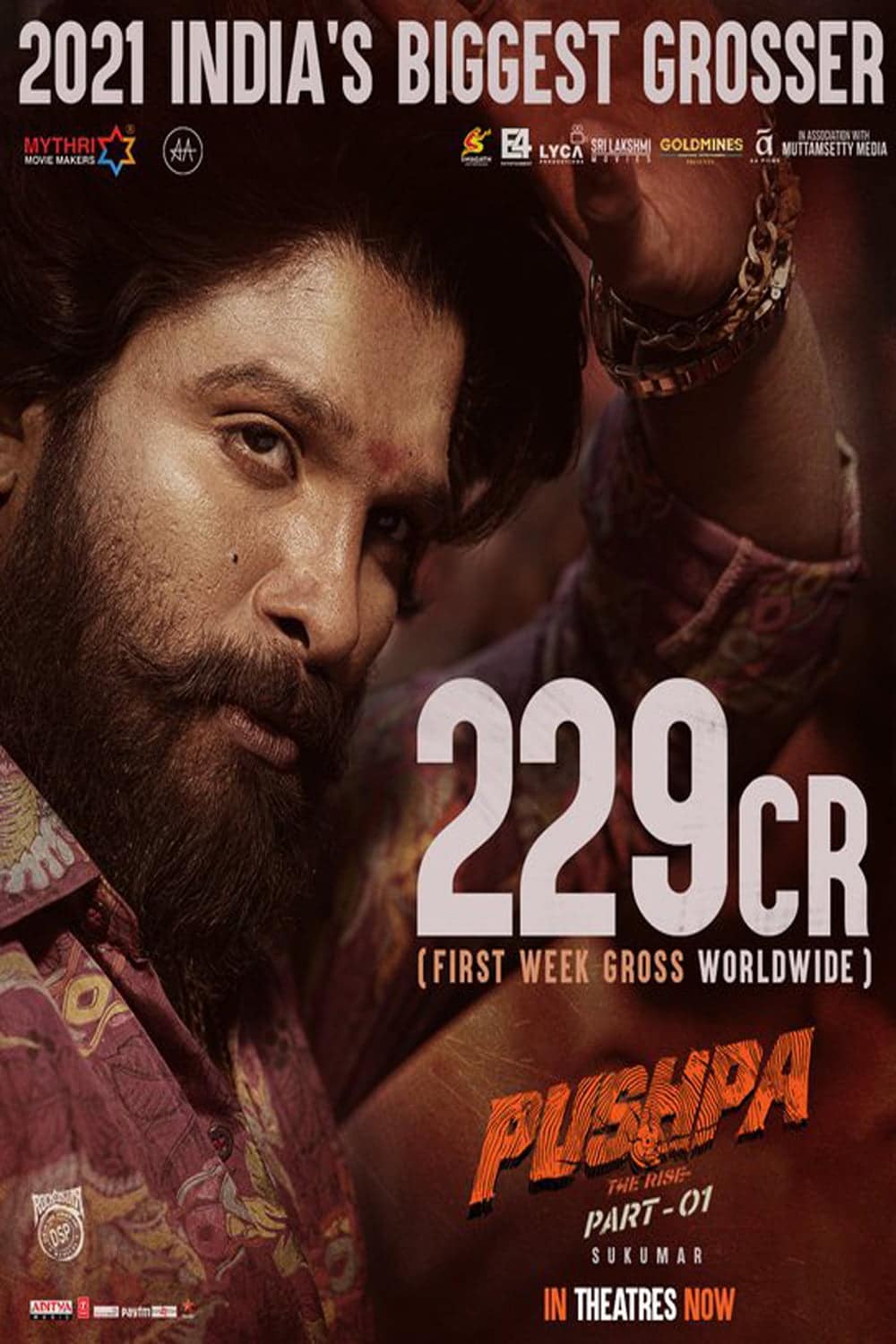 Pushpa film starring Allu Arjun, and Rashmika paired as heroin with Bunny in the film. The story is about how daily wage labor like Pushpa become syndicate head of Red Sandalwood. Pushpa part 2 is expected to be released at the end of the year 2022.