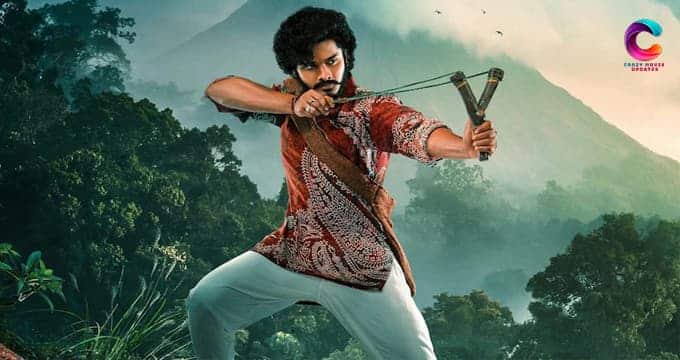 HANU-MAN First Look: Prashant Varma was introduced to the industry as a director with the ‘Awe’ movie. He received applause at national with his first movie itself. After that, he made “Kalki and Zombi Reddy” movies with this movie he got special recognition in the industry. Prashant Varma is very good at creating innovative commercial content. The three different genres of films he has directed so far have also been good commercial successes. Now Prashant is all set to introduce another new genre film to the Indian audience titled ‘Hanu-Man’.

“Hanu-Man” is the first Pan-Indian superhero movie. For this, Teja Sajja and director Prashant Verma are teaming up once again after Zombie Reddy. The recently released title teaser got a good response from the audience. This trailer gives hint that the movie will provide a visual treat to the audience with the latest technology and new concept. Recently first look poster and video with 65-sec duration is also released. Malayalam star hero Dulquer Salman released the first look poster and glimpses along with his best wishes for the movie.

In the “Hanu-Man” first look poster you can see Teja Sajja standing on a tree in the dense forest and getting ready to hit his target with a slingshot. The young hero looks active in the poster with intensity in his eyes. We can see the hero wearing a printed shirt with white Pajamas. He also wears a stunning silver color pendant with black thread on the Neck. His footwear is also customized according to match his look.

When it comes to ‘Hanu-Man’ glimpses .. Prashant Verma seems to have created a new and fantasy world called Anjanadri. This video shows Teja Sajja running, slipping, and jumping in the forest, and shooting a slingshot. Showing the punching power of a superhero when punched hard on the ground. At the end are scenes of energy being released from a cell. The sound design and background score elevate these visuals well. Both the first look poster and the glimpses not only create interest in the film but also hint at a visual treat guarantee on the big screen.

Hanu-Man is going to be a super-pack action sequence movie like all other superheroes movies. It is going to release in Telugu, Tamil, Kannada, Malayalam, and Hindi. The first look poster in all languages ​​was released today, Saturday. This movie is presented by Miss. Chaitanya under the Prime Show banner and produced by K. Niranjan Reddy. Asrin Reddy is the executive producer and Venkat Kumar J T is the line producer.

The screenplay was done by Scriptville. Dasharadhi Shivendra will provide the cinematography. The film is currently shooting in Hyderabad. Some key scenes are being filmed on the main cast in this schedule. Details of the other cast and technicians of this project will be revealed soon.