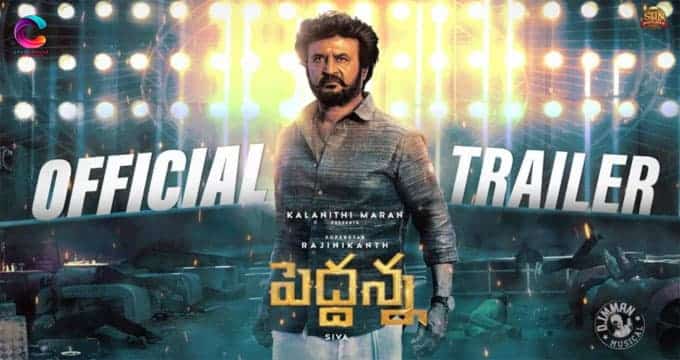 Peddanna Movie trailer: ‘Annatthe’ is the latest movie starring superstar, Rajinikanth. This film was directed by Mass Director Siruthai Shiva. Annatthe is being dubbed under the title ‘Peddanna’ in Telugu. The much-awaited Peddanna movie will be theatrically released on November 4 as a Diwali gift for Rajinikanth fans. The first look, motion poster, and teaser that has already been released in this context have received a huge response from fans. In this order, the filmmakers have recently released Peddanna movie Trailer in Telugu.

Peddanna Movie trailer begins with the dialogue “Nuvvu evaranedi, nuvvu  venakesukunna asthilono, Ne chuttu vunna vallake ne meeda vunna bayam ledu. Nuvvu chese cheriyalulono, matlade matalulonu vuntundi Ede Vedavaku” said by super star Rajinikanth. In the Peddanna movie, Rajini played the role of a Village head to the nearby villages. Rajini is the hero in the film. While Keerthy Suresh played his younger sister character. This film is an emotional action-comedy entertainer, that superstar fans want. By watching the trailer, it is understood that all these elements have been combined together to create a rural mass action entertainer film, And the film unit is officially announced peddanna movie release date on November 4th

While Nayantara appeared as a partner to Rajinikanth. Senior actresses Meena and Khushboo are special attractions in the film. Jagapathi Babu played a villain character in this film. His character is very powerful. Prakash Raj, Abhimanyu Singh also played the villain roles in the film. Suri and Satish played comedian roles; they took on the responsibility of making people laugh with their comedy.

Peddanna loves his sister a lot. He does anything for her. The story is about how peddanna protects his sister from hard times? What did he do to save her? It seems that this movie is going to show the elements of emotion and action together. Peddanna Movie trailer is reminiscent of director Shiva’s past films. As usual, Rajinikanth’s style, mannerism, and dialog delivery are impressive. The dialog ‘Nanayam ganu dhairyaṅganu o aaḍapilla uṇṭe, ah devuḍe digivacchi tanaku toḍuga uṇṭaḍu’ said excellently.

D.Imman background score in the ‘Peddanna’ trailer and Visuals provided by cameraman Vetri Palaniswamy was the main attraction. Reuben did the editing work for the film and Dilip Subbarayan composed the fights. Served as Milan Art Director. Overall watching this high voltage trailer it seems that we are going to see a huge commercial Emotion in theatres for Diwali. Presented by Kalanidhi Maran, Sun Pictures is producing with a huge budget. Asianet Narayanadas K. Narang and Suresh Babu are co-releasing the ‘Peddanna‘ movie in Telugu.