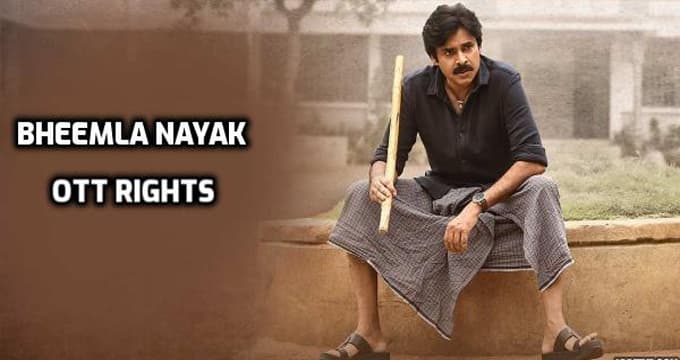 Power star Pawan Kalyan surprised his fans by announcing the Bheemla Nayak movie release date. The film is going to air into theatres on February 25. Fans are super excited about this news. Bheemla Nayak posters are creating buzz everywhere. No one expected that the film is going to release this month. Everyone thought that the release date of the film would be postponed due to the Cinema tickets issue in Andhra Pradesh. However, in all these situations the film is ready to air into theatres soon.

In this order, it is coming up with big movies and reality shows like Bigg Boss OTT. Audiences have been waiting for OTT streaming even more than a theatrical release in recent times. Bheemla Nayak OTT is likely to be streamed a bit late because of the craze of Pawan Kalyan. Compared to other hero films Pawan Kalyan movies have huge openings and run a bit long time in theatres.

Makers are expecting that Bheemla Nayak is going to be one of the biggest Block Buster in Pawan Kalyan’s career. In the film, Rana plays a key role.