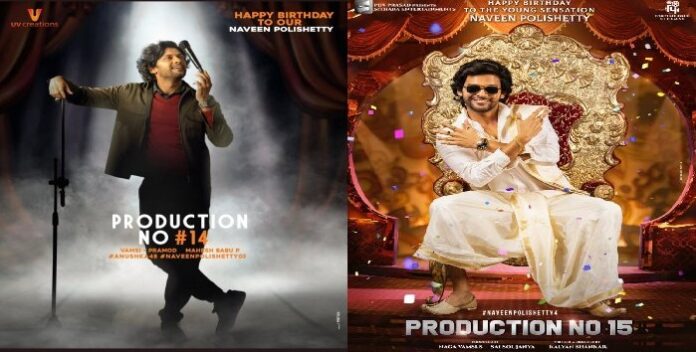 Naveen Polishetty new movie first look poster was launched on social media under the title PRODUCTION NO #14. The film was directed by Mahesh P under UV creations banner. Anushka Shetty is staring as heroin with Naveen. UV creations is one of the biggest pan India level production houses it produced Radhe Shyam film.

PRODUCTION NO # 15 is another film of Naveen Polishetty its first look poster is also out. The film is bankrolling under Sithara Entertainments banner. It is also producing Bheemla Nayak with Pawan Kalyan. The cast and crew of this film will be confirmed with in a week. The film was written and directed by Kalyan Shankar. 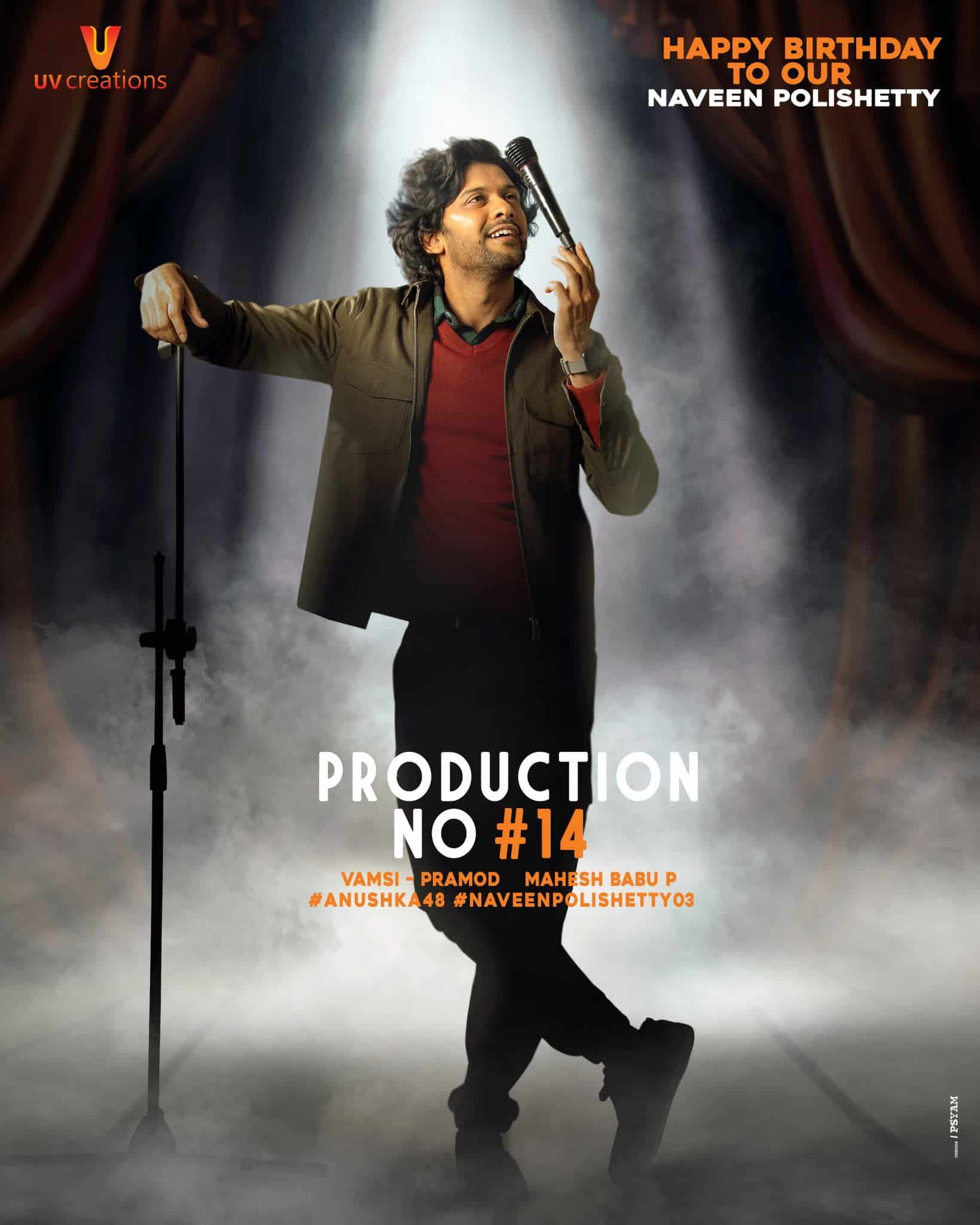 Naveen Polishetty made debuted into Telugu film industry with a super hit entertainer Agent Sai Srinivas Athreya in the year 2019. After a couple of years gap, he came up with another blockbuster film Jathi Ratnalu which is a comedy entertainer. With back- to- back hits Naveen craze in Tollywood is increased.

In addition to this he recently hosted Radhe Shyam Pre- release event, his graph increased with the event. Now he is gearing up with two new films. Naveen Polishetty new film first look posters are out now and creating buzz on social media. Fans and audience are expecting that these two films are also going to be biggest hits in his career.