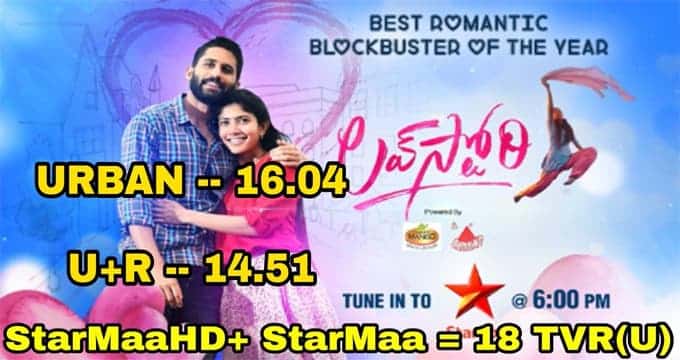 LOVE STORY TRP RATING: Naga Chaitanya and Sai Pallavi’s recent romantic drama Love story created a new record in terms of TRP rating. The film received a TRP rating of above 18 in HD+ SD and above 16 plus rating in HD.

Love story film was directed by Shekhar Kammula and released in theatres on 24 of September 2021. The film received a huge response and collected around 68 crores at Box Office from both the Telugu states whereas it was made with a budget of 30 crores. Now the film made a new record, Love Story TRP ratings were above 18 when it is telecasted on the Star Maa channel. 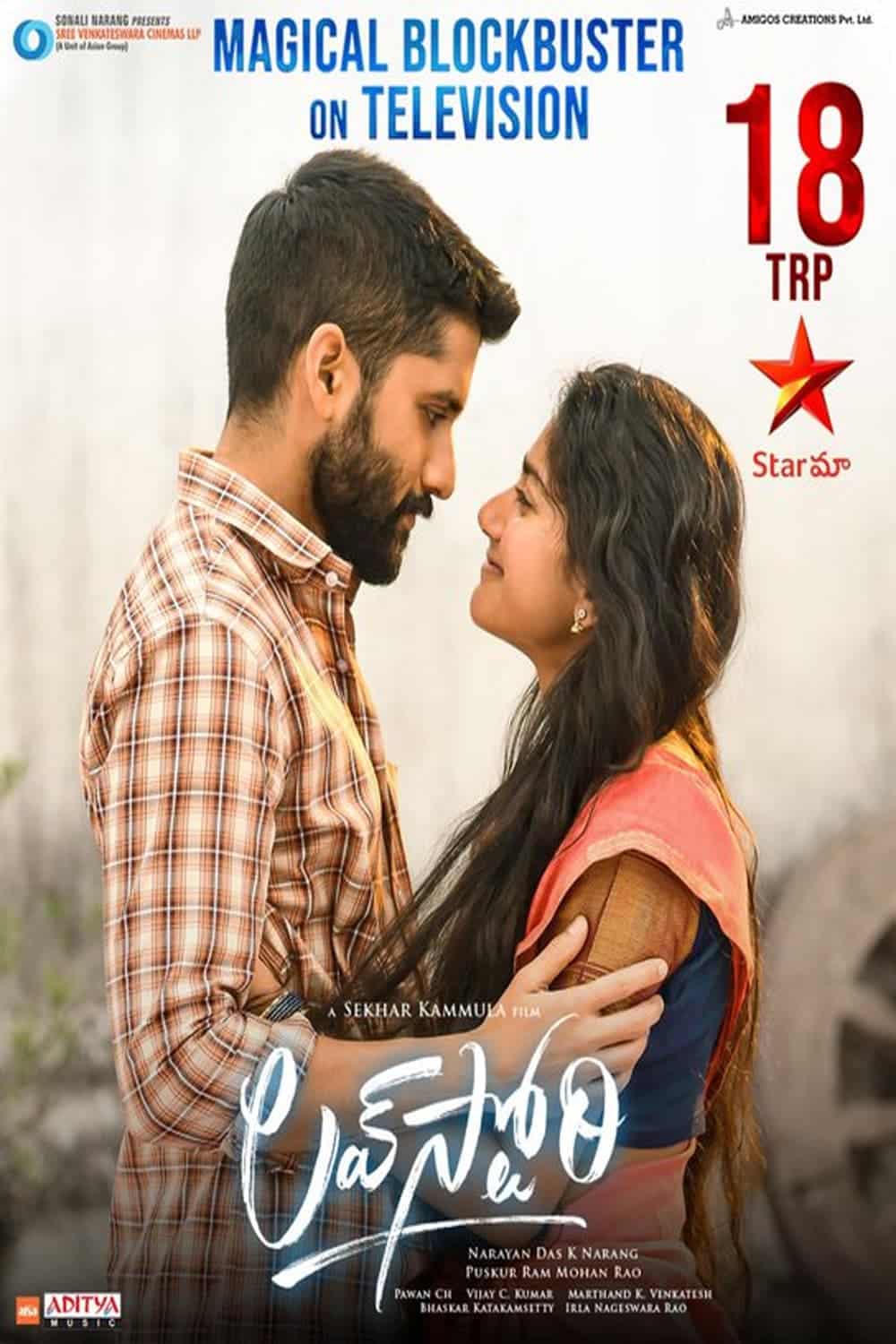 On 12 December, the Love Story was telecasted on Star Maa. Love Story TRP rating is 18.01, Naga Chaitanya felt happy with this record and thanked TV viewers on his social media account.

Shekar Kammula is a master in making these kinds of films. Previously Shekhar Kammula film Fidaa also made a similar record on Television with a TRP rating of 21. Fidaa starring Sai Pallavi and Varun Tej. With Fidaa movie Sai Pallavi become star heroine in the South industry.