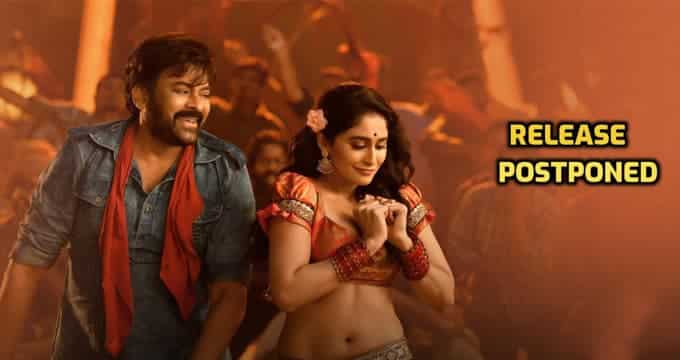 Acharya Movie Gets Postponed: As we all know, megastar’s latest Upcoming Movie is Acharya. It is directed by koratala shiva in a more prestigious manner under the banner of Konidela Production. Mega Power star Ram charan shares a screen with his father, and Acharya is one of the most awaited multi-starer movies in the Telugu Film Industry.

Mega Star Acharya has to release on Feb 4th, 2022. Unfortunately, due to hefty raises of covid cases, Acharya again changes its release date. The Filmmakers of konidela production have officially declared this Acharya postponement news on their official Twitter page on Saturday.

The first look and teaser of Acharya have created a huge expectation from the audience towards the film. For the first time, father and son share a screen in the full length of the movie, and Mega fans are eagerly waiting to see their favorite stars on one screen. Kajal Agarwal and Pooja Hegde are playing lead roles, and Mani Sharma is working as music director for this film because of covid acharya movie gets postponed.

Telugu Audience and Mega Fans are completely disappointed with the Acharya Postponement News. Due to the Third wave of covid, many Big films have Postponed their movies like RRR, Radhyeshyam, and today Acharya has also joined that list.

The release of #Acharya stands postponed due to the pandemic.

The new release date would be announced soon.

RRR Release Postponed Again Due To Rising Of Omicron Cases