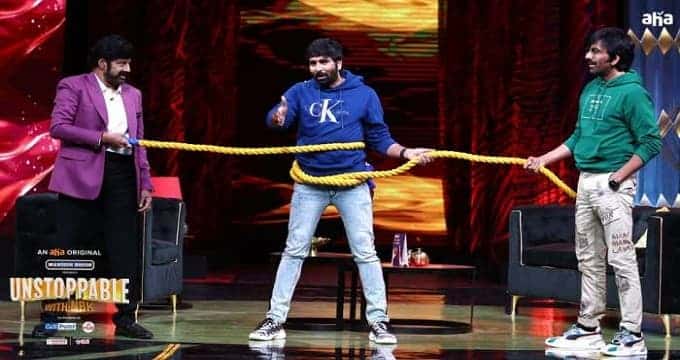 Mass Maharaj Ravi Teja In UnStoppable Show: We all know the records that Natasimha Nandamuri Bala Krishna is making the main host of the Aha OTT platform. The Unstoppable show with NBK become a bumper hit. Bala Krishna entertained the audience continuously by interviewing with stars.

Previously NBK interviews with Mohan Babu, Nani, Allu Arjun, etc buzzed among the audience these episodes are from Unstoppable show are Unforgettable. Meanwhile, Ravi Teja in Unstoppable show is going to make a buzz. In the recently released promo, NBK seemed to be full-on Josh. Ravi Teja dances when Balayya said music is the highlight for the Promo. Along with Ravi Teja, Gopichand Malineni who is working on Balakrishna’s next film also came as a guest for this episode.

Gopichand Malineni works with Ravi Teja for super hits mass films like Balupu and recently he gave another hit film Krack to Ravi Teja. Gopichand Malineni has proved that he can commercialize and screen the story not only in mass movies but also in a realistic style. That’s why he received the opportunity to work with legendary actors like NBK. Nandamuri Bala Krishna’s last film Akhanda is still continuing its craze in some theatres. 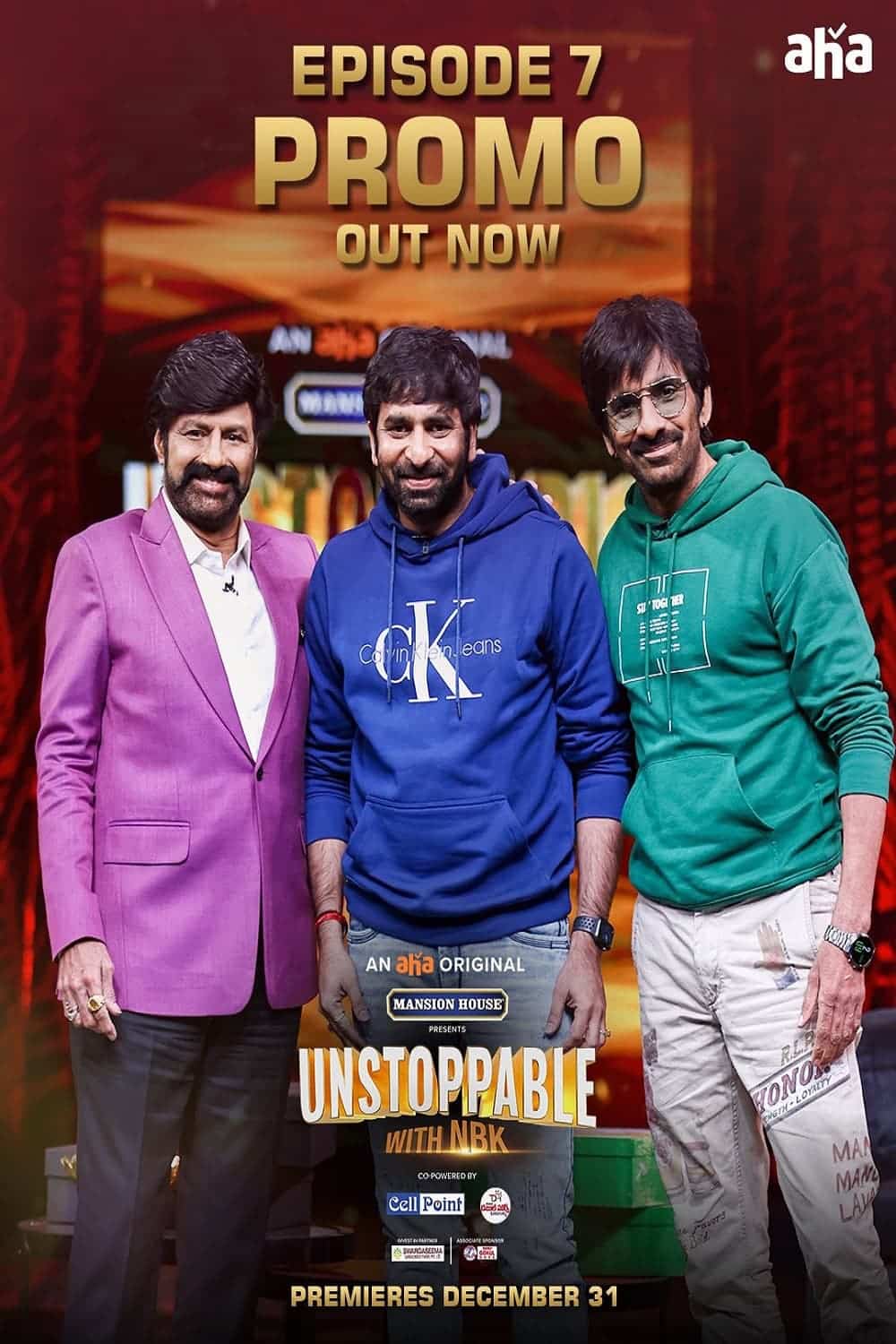 AP 150 Movie Theaters Closed Down Due To Ticket Prices Issue