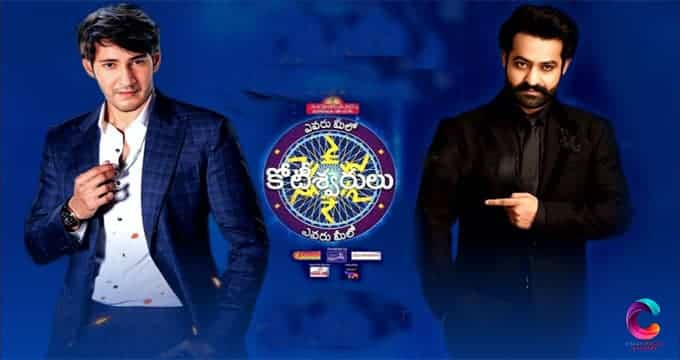 NTR Evaru Meelo Koteeswarulu No matter whether it is a silver screen or small screen whistles will go round when a star appears on the screen. But what if two big star heroes share the same screen? Fans excitement, happiness, whistles sounds reach peaks. Now the same thing is going to happen. The two young heroes in Tollywood are going to appear on the same screen together.

Mahesh Babu and NTRs will be buzzing on the silver screen on Evaru Meelo Koteeswarulu. Most people already know that when they two meets, entertainment is going to be on a different level. Fans are eagerly awaiting to see their Hungama on television. Mahesh Babu is ready to sit in the hot seat as a guest for this special episode. The shooting of this episode has also been completed.

Now the telecast date of this blockbuster episode is also confirmed. It created Buzz everywhere. An official announcement has been made that this episode will be telecasted on the 4th of November as a Diwali gift. The show has already garnered huge TRP ratings from many celebrities and it is certain that more TRP will come if Mahesh Babu comes. Previously Samantha came to show as a guest and entrained the audience. Now we have to see how NTR and Mahesh babu episode is going to be. Channel is hoping that in this episode we create a new record in terms of TRP.