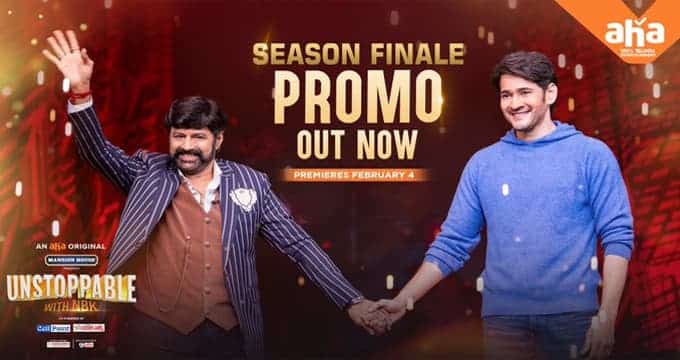 Unstoppable Finale show: Balakrishna is unstoppable with the NBK talk show, which is streamed on Telugu OTT ‘Aha’ platform. Now, this show has reached the final stage of the first season. All the episodes that have been aired till now have gained a good response from the Telugu audience. For the Final Episode, Tollywood superstar Mahesh babu is attending the Unstoppable show.

The ‘Aha’ team has officially released a promo on their social media Platforms. after watching this Promo movie, fans are very excited to see the exciting conversation between Balayya and Mahesh Babu. The Aaha team has released that the blockbuster episode will premiere on February 4th.

In the Released Promo, a hilarious incident happened between them, which made every audience feel happy, and Mahesh babu shared a few things about his family with Balakrishna.

How To Make a “Short Film” by yourself