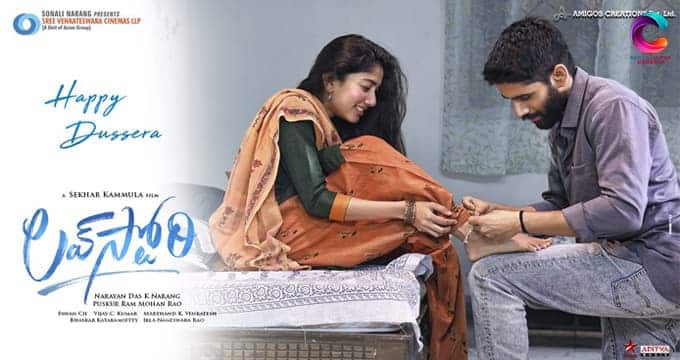 According to the talk from industrial units, Love Story movie collected a decent amount at the Box Office. This film Box Office collection is estimated to be approximately 58cr. This is huge in the present situation. It made a huge collection at the Box Office on the first day itself. Even though it’s a youth entertaining romantic drama, the majority of the family audience also shown interest to watch this film and rushed to theatres.

This film was written& directed by Sekhar Kammula. Narayana Das K Narang and Puskar Ram Mohan Rao was the directors for the film. Pawan Ch composed music. Vijay C was the cinematographer. In this film, Naga Chaitanya acted as a hero and Sai Pallavi acted as heroin. Rajeev Kanakala, Devayani, Easwari Rao, Uttej and etc played other important roles in the film. Bigg Boss fame Gangavva also acted in this film.

Coming to the story our hero Revanth(Naga Chaitanya) and heroin Mounika(Sai Pallavi) live in a village called Armoor in Hyderabad. Reventh runs a dance academy, their ( Sai Pallavi ) Mounika joins as a dance trainer. Revanth and Mounika both fall in love with each other. When things are going well cast things entered between them. Now the story is Completely about how Revanth and Mounika both handled the situation whether they overcome it or not?

This was the second biggest Telugu premier to stream on Aha OTT after Krack film.