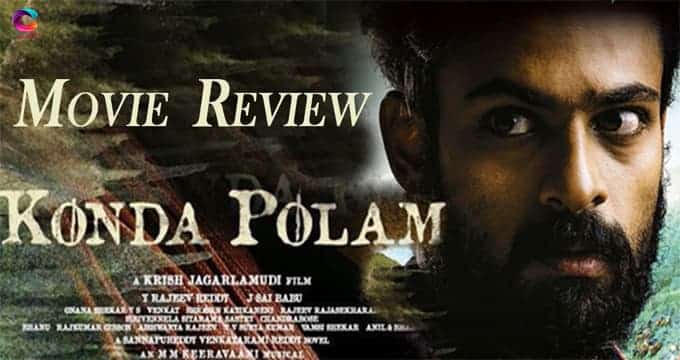 Konda Polam movie: Young Mega hero Varun Tej’s new movie Konda Polam is in theatres. Let us talk about the Konda Polam movie review. Koda Poalam’s film was directed by Krish Jagarlamudi. This film was an action drama. In this movie, Rakul Preet Singh acted as a heroine. This film has a lot of expectations in the cast and as well as in the audience too.

Before going to talk about the Konda Polam movie review let us know a bit about the movie story. This film was based on the novel written by Sannapureddi Venkata Ramireddy. Ravindra yadavu (Varun tej) belongs to a poor family. He lives in a village near Nallamala Forest in the Kadapa district. Ravindra completed his education with many struggles he also completes his computer course in Ameerpet. Despite all these, he was unable to get the job and returns to his village from Hyderabad. 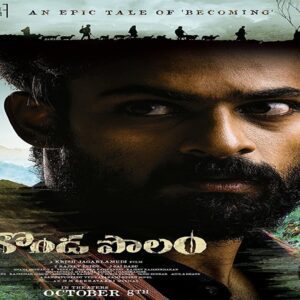 Because of some unexpected situations Ravindra, his father, fellow villagers Ravi Prakash, Mahesh Vitta, Hema, his childhood friend Obulamma (Rakul Preet) and some other people go to Nallamala Forest to do Konda Polam. There these people will threaten by tigers and some ruthless smugglers who cut precious trees in the forest. Now the story is about how our hero overcomes all these situations and becomes an Indian Forest Officer.

Varun tej performed too well in the film. His acting as a struggling engineering graduate for getting a job is quite impressive. He needs to work a little bit on his expressions in emotional scenes. However, his overall performance impressed the audience.

Rakul Preet Singh is perfect for her role as a village girl named Obulamma. In this film, she played a de-glamours role with dusky skin. Her performance in the film is really a plus point.

Character artist Ravi Prakash is the show Stealer in the film with a big monologue. The rest of the actor’s performance is also apt for the story and the situation. Music also played a key role in the movie.

The narration was very slow. Some songs between Varun tej and Rakul seemed unnecessary. These songs aren’t in sync with the movie story. Some scenes in the film where Ravindra tries to overcome his fears seemed to be too cinematic and unconvincing.

Director Krish showed his trademark in many scenes. The emotions shown in the film are really heart-warming. Music composed by M. M. Keeravani is like a big asset for the film. Shravan Katikaneni did editing work. Gnana Shekar VS is the cinematographer for Konda Polam’s movie.

Konda polam is emotional action drama. It was no doubt an inspiring story of a young village man. We can easily see Krish’s trademark in the film. All the actors gave their best for the film. On the other side, some commercial elements are added in the film which is unnecessary. Before concluding the Konda Polam movie review this movie is undoubtedly a great film to watch. It’s an emotional entertainer with a heart-touching storyline. Konda Polam is one of the suggestible films to watch this weekend.