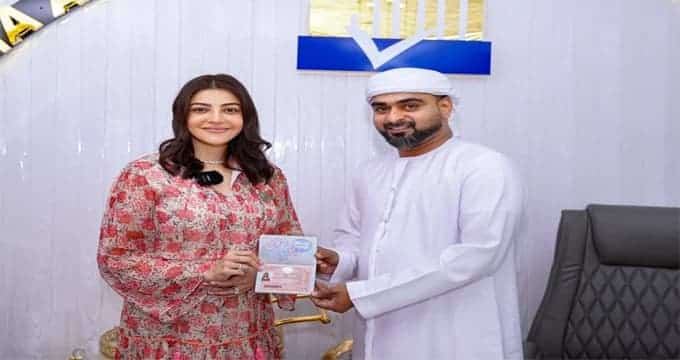 UAE GOLDEN VISA 2019: For the year 2019 the UAE has started issuing Golden Visa. This visa is issued by the country to celebrities from different countries. Holders of UAE Golden Visa will be able to reside there and do business without any sponsorship and receive many other benefits. Bollywood Badshah Shahrukh Khan was the first to get a UAE Golden Visa from India.

Previously actor Trisha from South received this award now it’s time for Chandamama beauty Kajal. She shared a photo of herself receiving a UAE Golden Visa and said she was very happy to be given this opportunity. The UAE always supported actors from India. Before Kajal Agarwal, Indian celebrities Shah Rukh Khan, Bonnie Kapoor, Arjun Kapoor, Janvi Kapoor, Mohanlal, Dulquer Salman, Trisha, Mammootty, and some others got this golden visa. It seems that the UAE government intends to give the honor of this Golden Visa to more people than ever before.

Talking about Kajal upcoming films she completed the Acharya movie shooting and the film is ready to release. There is a talk that because of pregnancy she left Nagarjuna’s film. Currently, she hasn’t committed any movie.