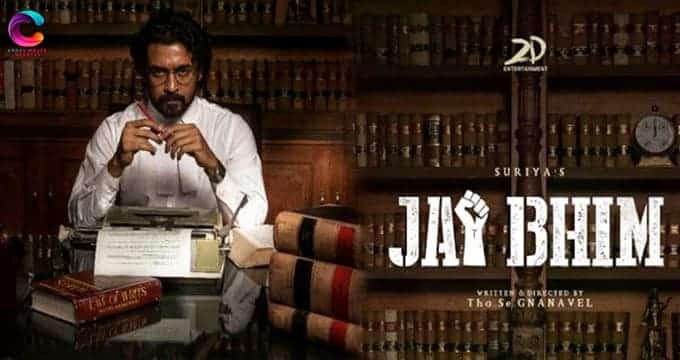 Jai Bhim Movie Teaser: Surya is a popular actor in Kollywood and Tollywood also. His latest movie Jai Bhim is all set to release. ‘Kootathil Oruthan‘ fame T J Gnanavel directed this film. In this movie, Surya played a Lawyer character. Jai Bhim movie teaser was based upon true incidence and receive a good response from the audience within a few days. This film is titled Baba Saheb Ambedkar, who is the maker of the Indian constitution. The film team has released the Jai Bhim movie teaser as a Dasara gift.

By watching the Jai Bhim movie teaser it seems that it is the story of a powerful Advocate who stood up for the oppressed Scheduled Tribes. Some innocent people who belong to scheduled tribes faced a problem by police. These people go to Surya in seek of doing justice for them. In this order, Surya files a case against three policemen and the Government without any evidence. Rao Ramesh was seen as a lawyer arguing on behalf of the police. In the Jai Bhim movie teaser Surya tells a powerful dialog “Bhadimpabaddavariki labhinchani nayayam, Vallaki jarigina anayayam kante darunamga untundi” which gives goosebumps to the audience. 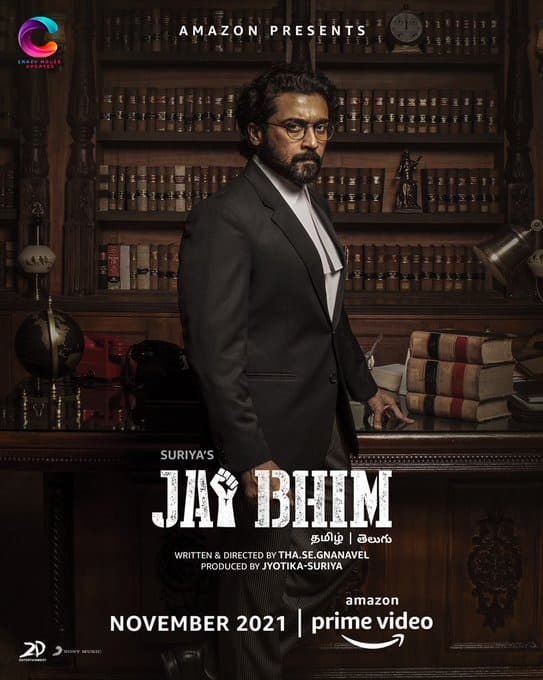 ‘Karnan’ fame Rajisha Vijayan paired as heroine in the film with Surya. Versatile actors Prakash Raj, Manikandan, Lijomol Jones appeared in key roles. Jai Bhim movie teaser impressed the audience in which Surya is wearing a black coat for the first time. How did the lawyer fight for the rights of the oppressed innocent people? Has justice been done to ensure their lives? If you want to know that you have to watch the movie ‘Jai Bhim‘.

The film was produced by Surya-Jyothika under the banner of 2D Entertainment. Sean Roldan is composing the music for ‘Jai Bhim‘. SR Kathir presents the cinematography while Philomeen Raj does the editing work. The ‘KGF’ Fight Masters duo designed the Anbu-Ariv action scenes. Expectations raised in the audience with Jai Bhim movie teaser we must wait for result until its release.

Do Top Heroes of Kollywood have such a ‘range’ in Tollywood Industry?