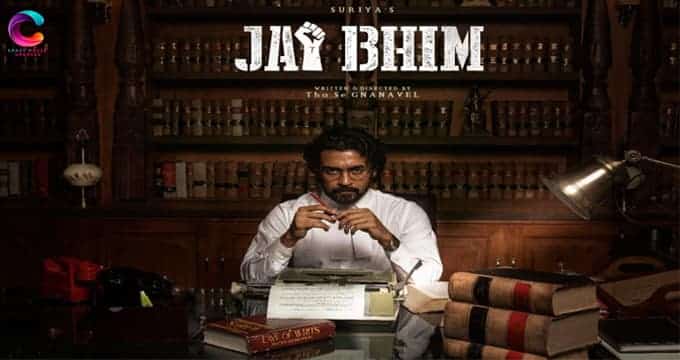 In the film, Surya played the role of a powerful lawyer. By watching the teaser, we can understand that Surya stood up for the Justice of scheduled tribe people. Some innocent schedule tribe people were harassed by the policeman. These people go to Surya for help in seeking justice for themselves. Surya files a case against a policeman without any evidence. Now the story is about how Surya gather the evidence? How will he provide justice for those poor people? A dialog “Bhadimpabaḍḍavariki labhinchani nayayaṁ, Vaḷḷaki jarigina anayayam kaṇṭe daruṇaṅga uṇṭundi” made audience think about the current situations.

Jai Bhim movie OTT release date is officially announced by the makers. The film will be streaming on November 2 as a Diwali gift. The film will be available in four southern languages ​​such as Telugu, Tamil, Malayalam, and Kannada. Amazon Prime Video got digital rights for the Jai Bhim movie. Jai Bhim is Surya’s second movie to release on OTT after ‘Aakasham Nee Haddura’.

This film was produced by Surya-Jyothika under the banner of 2D Entertainment. TJ Gnanavel is the director. Sean Roldan was the cinematographer for this film. Rao Ramesh, Prakash Raj, Lijomol Jose, and some other people played important roles in the film.