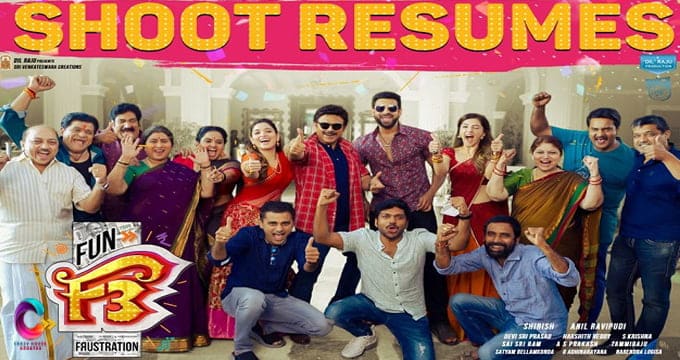 ‘F3’ Resumes Shooting: The most entraining F2 team is back on to sets. This movie staring Venkatesh and Varun Tej. Tamanna paired with Venkatesh and Mehreen paired with Varun Tej in female lead roles. This film was directed by Anil Ravipudi. It is a blockbuster family entertainer. Especially in women’s audiences, the reach of this movie is high. Now the director is coming with the sequel of the F2 movie

That means the fin is going to be three times more. Recently, the shooting of this film has resumed in Hyderabad. To a large extent, the shooting was over. The rest of the scenes are scheduled to be shot in Hyderabad. Movie-making videos on social media become viral. Almost the entire cast of the film took part in the shooting today. The producers are continuing the cast almost the same as in F2. However, Rajendra Prasad was not there, and Sunil became the new ad.

The concept of the film has already been revealed by Anil. The whole story is said to be a comedy-drama revolving around money. Not only the actors in the making video but also the technicians appeared with smiles. 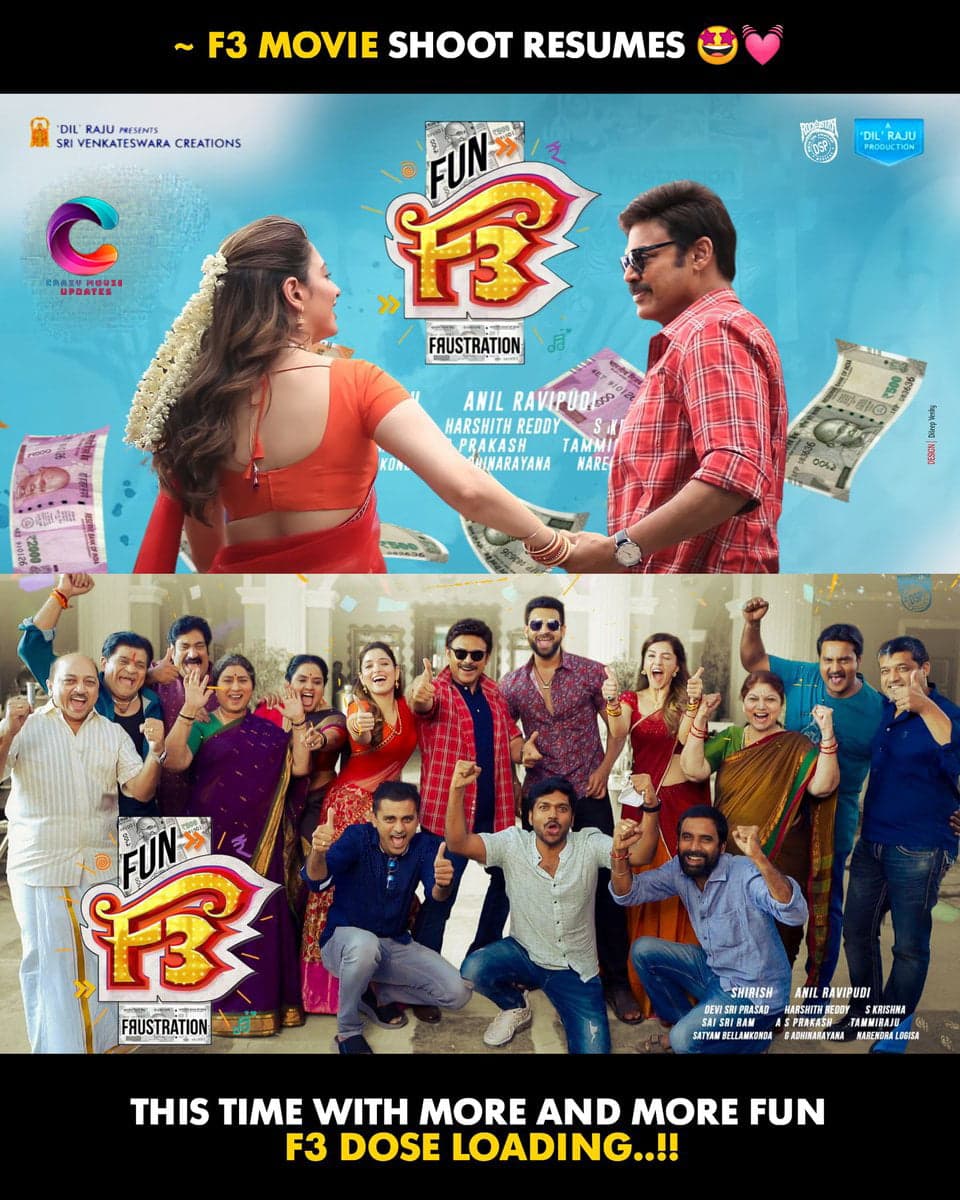 Anil Ravipudi movies have a large family audience. ‘Sarileru Nikevvaru’ directed by him was a super hit. He is a successful director who believes in sentiment. All his films as a director have been super hits. F2, Raja The Great, Supreme, Patas, Sarileru Nikevvaru are all family entertainers. There are also huge expectations on this film.

This film is being produced by Dynamic producer Dil Raju. Director Anil Ravipudi aims to complete the film by December. Producer Dil Raju plans to release his film by 2022 as a Pongal gift to the audience. That is why the makers are working hard to complete the shooting part by December. The film unit has not yet announced when it will be released.