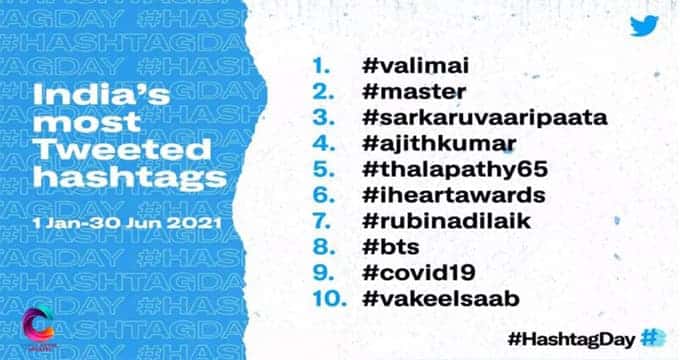 Top 10 Trend Hashtags – Twitter is one of the most tremendously used social media platforms in India, especially in the film industry. There are many people who share their views and opinions on films through the Twitter platform. Twitter India has released a list of the top 10 trending hashtags on Twitter this year as ‘India’s Most Tweeted Hashtags’. Two Telugu heroes got a place on that list. But the disappointing thing here is that Valimai and Master’s movies starring Tamil heroes are on top 2. Valimai is yet to release the movie. It is in the first place whereas ‘Master’ movie starring Vijay is in second place. 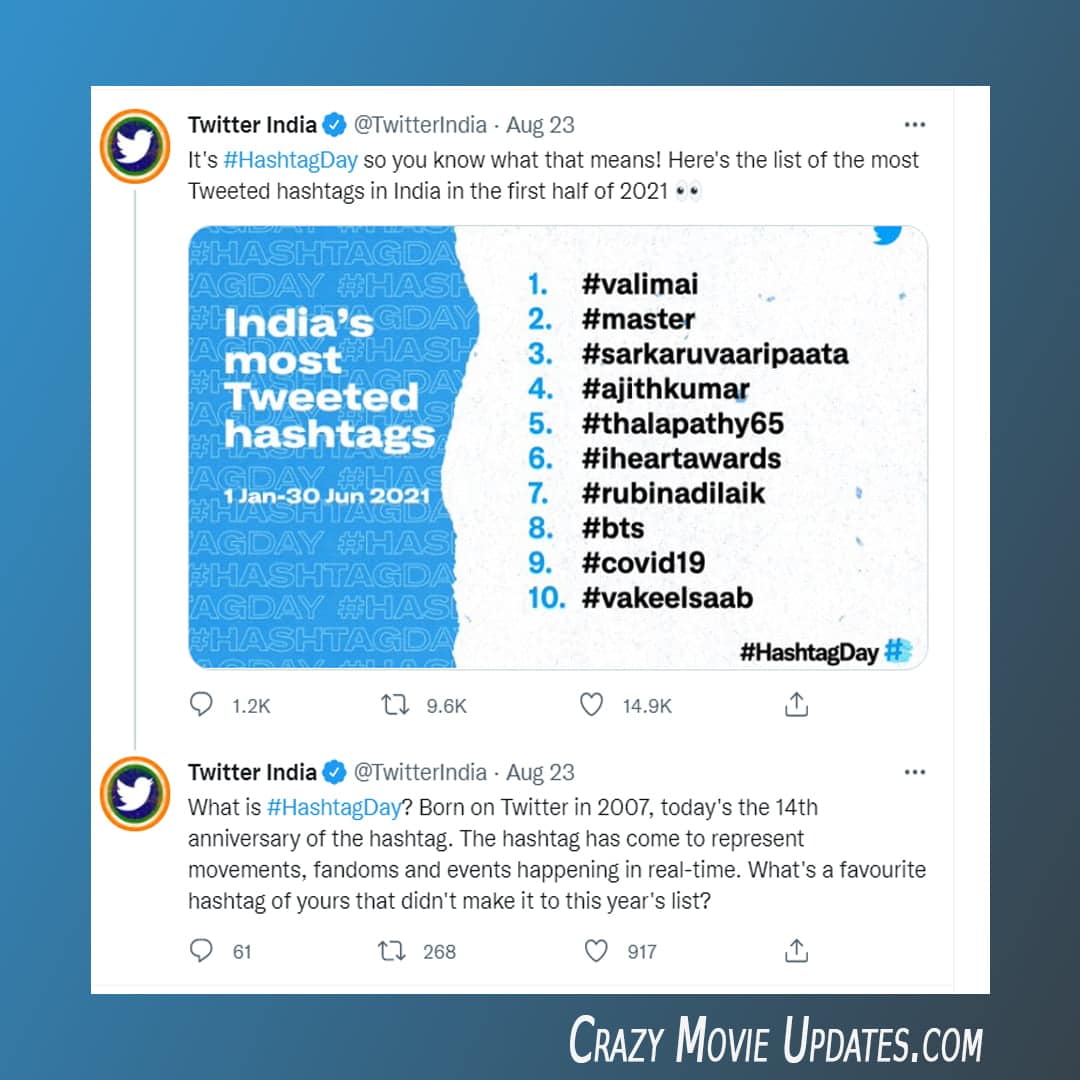 Tamil movie heroes Ajith and Vijay got first and second places on Twitter Hashtags. Next comes our Super star’s movie ‘Sarkaru vaari paata’ in third place. Twitter announced this list on the basis of hashtags counted from this year from January 1st to June 30th. Ajith got 4th position in this list. Next comes Tamil superstar ‘Talapathi’ movie with 65 hashtags. It was followed by the I hate awards hashtag and in 10th position comes our Powerstar movie ‘Vakeel Shab’.

Tamil heroes have secured four places in the top 10 hashtag list. Telugu movies ‘Sarkaru vaari paata’ and ‘Vakeel Shab’ are on that list. The covid 19 hashtag ranked 9th position. The ironic thing is none of the Bollywood movies is on the list announced by Twitter, Netizens are commenting about it. With this, we can understand the range of south Indian actors.

What Is OTT ? 5 best Things you need to be aware about OTT