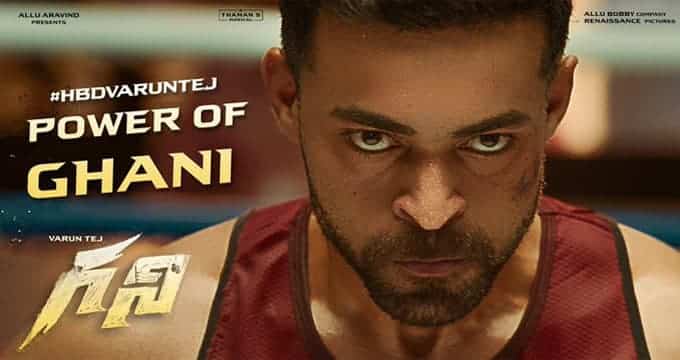 Power Of Ghani: Tollywood Young hero Varun tej Konidela gained much popularity in a short period of time. Varun has a different style in story selection. Varun Tej started his career in the Telugu film industry with Mukunda. And his movies like Kanche, Tholiprema, F2, Gaddalakonda Ganesh are all-time favorite watchable movies, and Varun’s acting in this film is simply superb.

This Time Young Dynamic hero is coming with a Sports dram film, namely “Ghani.” on The occasion of Varun Tej Birthday, the Film unit has released 30 seconds of video as Power Of Ghani on youtube. It elevates the character of Varun. Varun landed in the ring in a serious look and knocked the opponent to the ground. Within a short period, the Power Of Ghani is Trending on youtube in the Top 3.