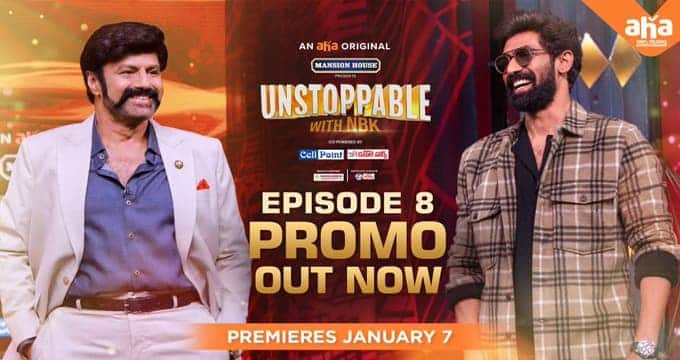 Recently a Promo with Rana in Unstoppable show is released. In that Bhallaladeva looked very handsome. He previously hosted the NO. 1 Yaari show successfully this show is streaming on the Viu OTT platform. The conversation between Rana and Bala Krishna went in a funny and entraining way. The three minutes promo made everyone laugh heartfully. After watching the promo, we can under the level of entertainment that we can get by watching full episodes. Rana in Unstoppable episode will be streamed on the Aha OTT platform from the 7th of January onwards and also Unstoppable 8th episode promo is trending on youtube with 2 Million Plus views

Rana In Unstoppable Show Episode No 8 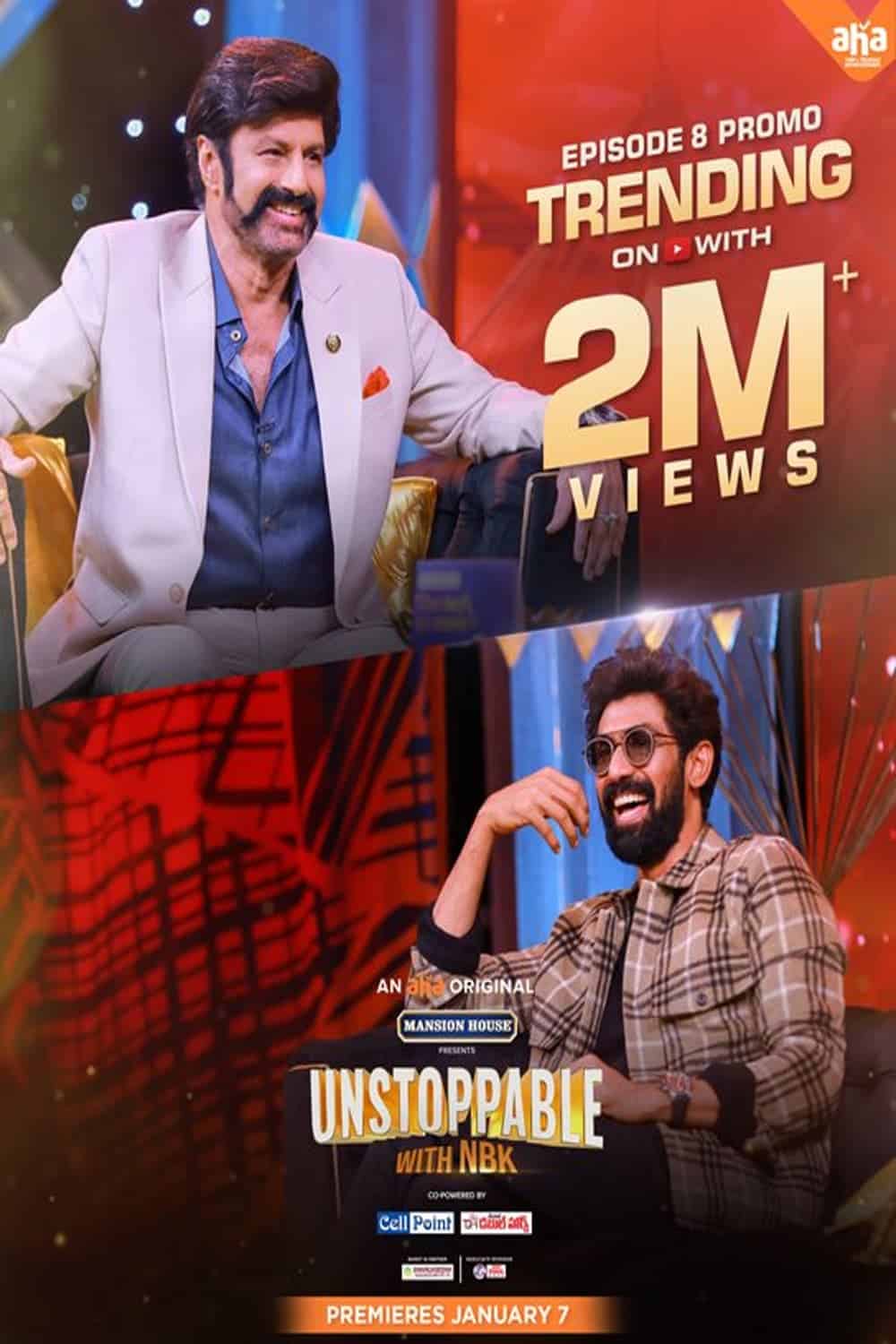 in the middle of the show, Host Bala Krishna calls his wife Vasundhara and tells I Love You is the highlight of the episode. Rana compliments Bala Krishna that Unstoppable talk show is like a Bullet train meanwhile Bala Krishna also satirically comments to Rana that when every- one is waiting for Covid vaccination news, Rana shocked everyone with his marriage news. Rana in unstoppable show also mentioned that the Bala Krishna episode in the No. 1 Yaari show is always on top. The conversation went on a funny note between Bala Krishna and Rana, after watching the promo we can understand that this episode is going to give entertainment to fans and audience like never and ever after.