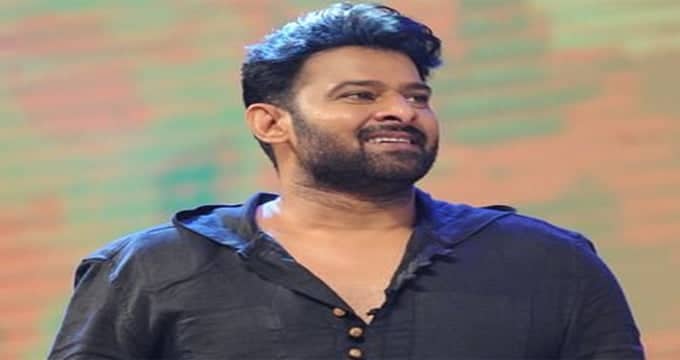 We all know that young rebel star Prabhas is doing a ‘Project K’ movie with Mahanati fame Nag Ashwin. Bollywood beauty Deepika Padukone plays the heroine opposite Prabhas in Project K. Bollywood superstar Amitabh Bachchan is playing one of the key roles in the film. Here is a golden opportunity to act in this prestigious project. The makers recently announced a call for casting.

Project K team already conducted auditions in several major cities like Bangalore, Chennai, Puducherry, Kochi in the month of September. In this order, the maker’s given an audition call in Hyderabad. The announcement says ‘Hyderabadis now it’s your turn hurry up!! Get ready to face the future. 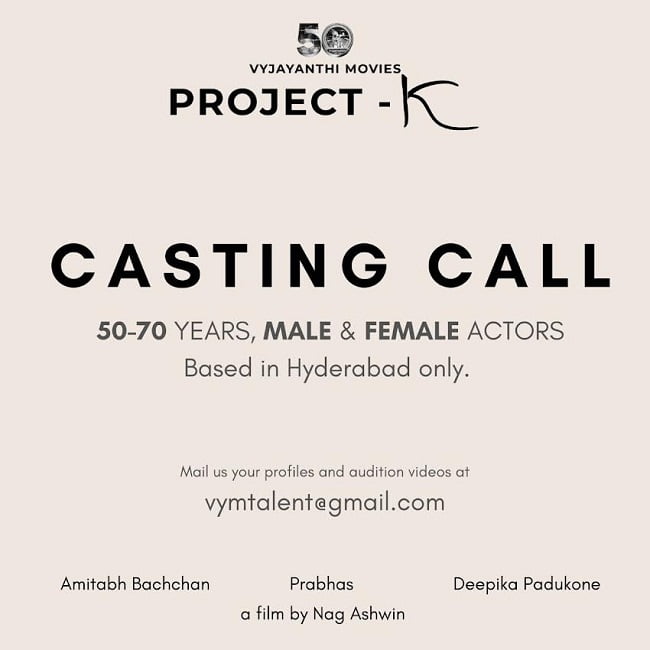 Interested men and women between the age of 50 to 70 can send their profile and audition video to the production company’s official mail. Previously auditions are done for 9- 14-year-old girls, 20-35-year-old Energetic Dancers Gents who specialize in Gymnastics, Dancers, Martial Artists and Casting call for models.

Project K is a sci-fi movie under Socio- fantasy genre. Makers are planning to make this film a visual wonder with a high budget and the latest technology. Movie shooting started recently. Ashwini Dutta is producing this film under the Vyjayanti Movies banner. Mickey J. Meyer is the music director for the film. The film is planned in all Indian languages and also in some foreign languages.

19 years for Prabhas in TFI