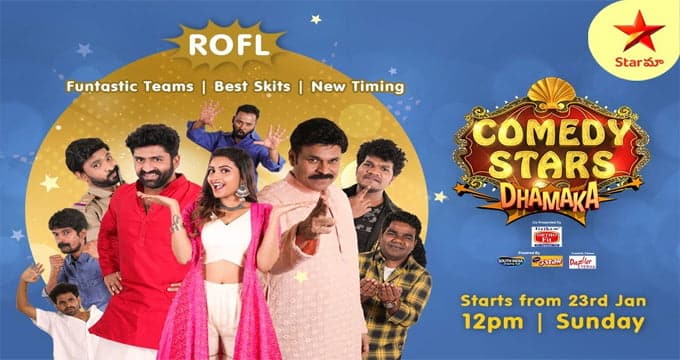 Comedy stars Dhamaka is the latest comedy entertainment show on Star Maa. The show is being hosted by Deepika Pilli and the judges for Comedy Stars Dhamaka show are Naga Babu and Nata Raj master.

The show is being telecast on Star Maa every Sunday at 12:00 PM. This show is going to give comedy like never before and every after. The first episode of Comedy stars Dhamaka is telecasted today. And it received positively from the audience. The show started with the dance performance of Deepika Pilli. Her grace entrained the audience. Star tv comedians like DhanaRaj, Mukku Avinash, etc brought full josh to the show with their skits. In addition to this, Judges Naga Babu and Nata Raj’s master doubled the entrainment. 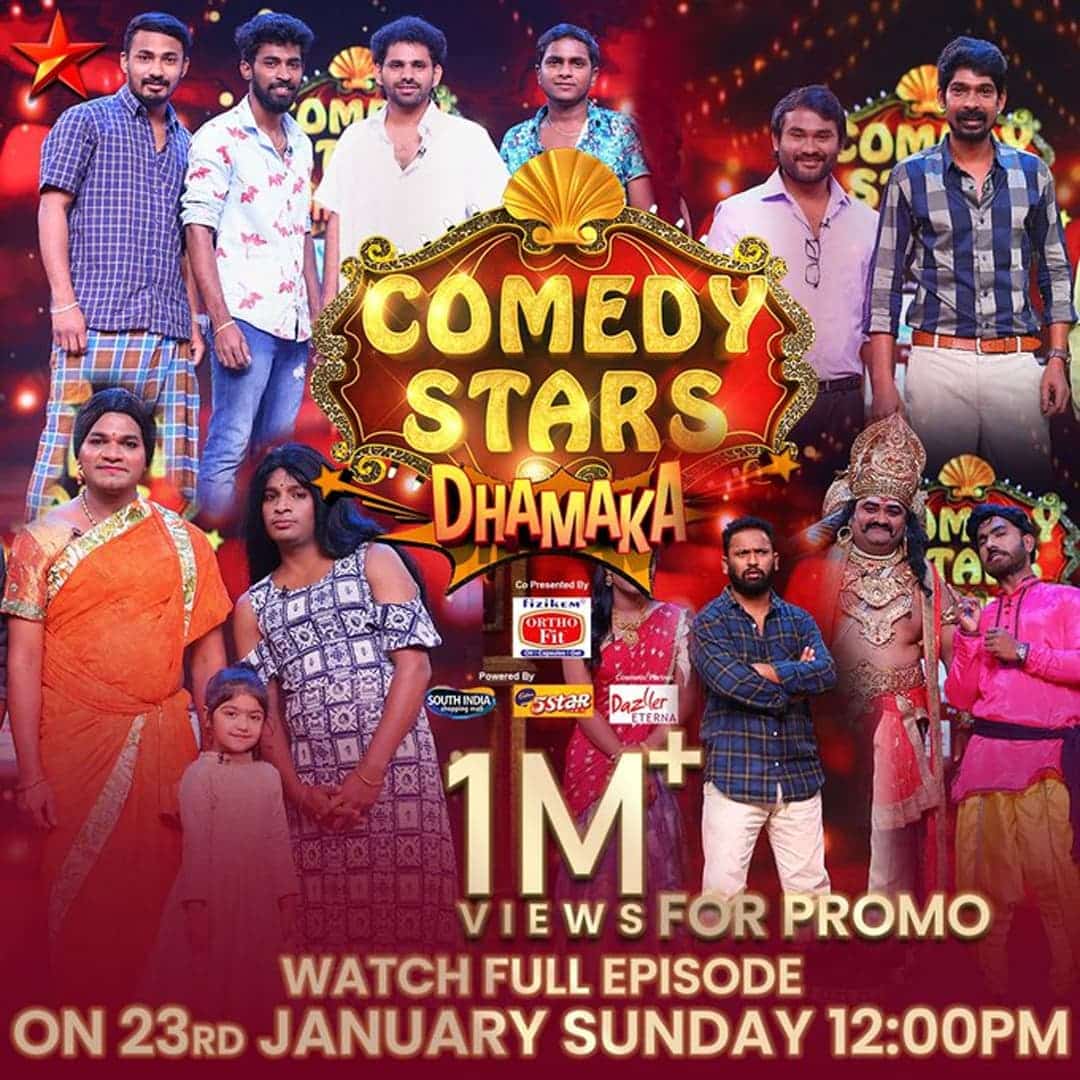 In the upcoming episodes, the competition between teams is going to increase and it will provide the audience double entrainment. Comedy Starts Dhamaka is the next-level comedy show for Comedy stars which is telecasted previously on star Maa.

Comedy Stars Dhamaka is telecasting in Star Maa every Sunday at 12:00 PM with unlimited entrainment to the audience.