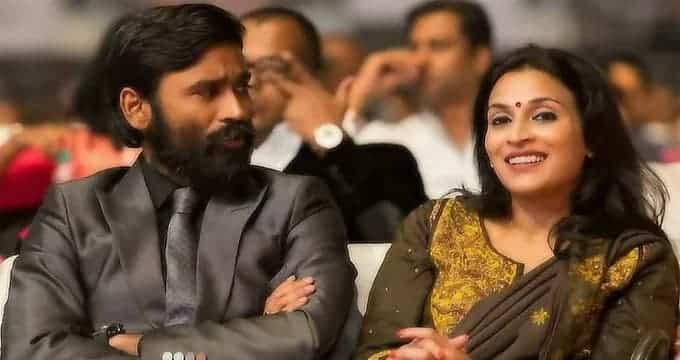 Dhanush and Aishwaryaa got divorced:  Today is a heartbreaking and shocking moment for the fans of the Dhanush. that Kollywood superstar Dhanush is breaking their marriage relation with Aishwaryaa. They both are officially announced their breakup relation through their social media sites. The news has circulated in the Kollywood industry that Dhanush and Aishwaryaa will get separated for the past few days. . But no one from the family responded to it.

They both confirmed that they are getting separated from their husband and wife relations today morning. Kollywood star hero Dhanush and Kollywood SuperStar Rajinikanth’s daughter Aishwaryaa both posted on their Social media accounts of Twitter, and Aishwaryaa also RePosted the same Note in her Official Instagram account and said that “No caption needed…only your understanding n your love necessary!” Dhanush Fans are very much disappointed about this Shocking news.

Aishwaryaa and Dhanush got married in 2014, and they have two children, namely yatra and linga. Now today, on 18th January 2022, they have announced their divorce.

Recently Dhanush and Soundarya participated in poojas at the Sir (Vathi-Tamil) film launch in Hyderabad. But it was sad to announce that we were splitting up in the meantime. As we all know, the Tollywood Best Couple, Samantha and Naga Chaitanya got separated. Now Aishwaryaa and Dhanush also put an end card for their 18 years relationship for their married life.

Do you know how much income celebrities Earn on Instagram