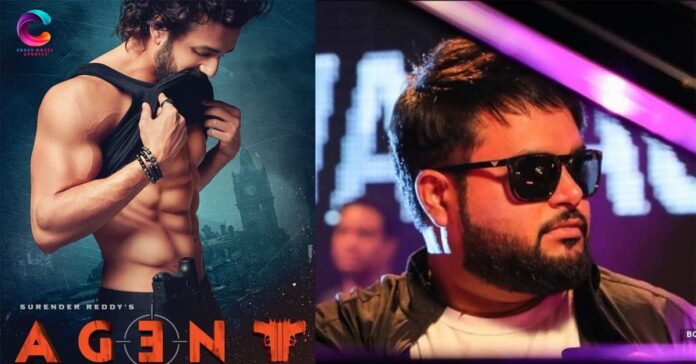 Thaman is one of the craziest music directors from Tollywood. He is now doing music for Tollywood star hero movies. Recently he received a big shock for a project. He has been removed for Akhil and Surender Reddy combination movie. It is a spy thriller agent movie. The reason to remove him from this project is that now present he is currently working on big projects like Bhimlanaik, Sarkaaru vaari paata, Chiranjeevi Lucifer remake, Balakrishna-Gopichand Malineni movies. Because of his busy schedule producer may think that Thaman may not be able to do Justice for their movie so they removed him.

Hip Hop Tamil music director has been replaced in the place of Thamman as a music director. This Tamil music director has provided music for some crazy projects in Telugu like Dhruva. Now we got the news that this director got a chance to do music for a crazy film. However, neither the film unit nor SS Thaman responded to the matter. There has been a huge response from the audience to the Agent title motion poster that has already been released. Akhil is also playing a different role in it. The film is being produced by Dashing Director Ram Thalluri and their team with a huge budget and is being screened by the stylish movie Director Surender Reddy.

However, removing Thamman from this project is a difficult thing. But the makers thought that the project would be ruined due to the busy schedule. Thaman is also not bothered about this issue because of his busy schedule. Akhil has high expectations for this film. It seems to be an Undoubtable action Entertainer.