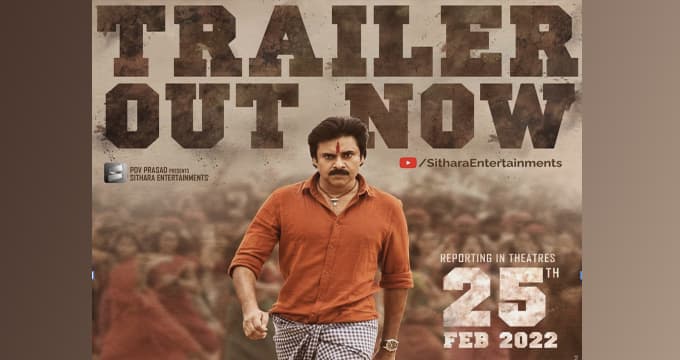 BHEEMLA NAYAK TRAILER CREATED A NEW RECORDS: Bheemla Nayak is one of the most anticipated movies. As a part of promotional activity, the makers of the film released the Bheemla Nayak trailer yesterday on social media. Within a very short time, the trailer created a new record. It created a benchmark as the fastest ever 12 million views trailer. With this, we can understand how fans and audiences are crazy about Pawan Kalyan movies. 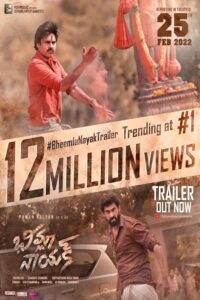 in the film, Hero Pawan Kalyan seems more dangerous and powerful than Rana. Other actors like Nithya Menen, Samyuktha played key roles in the film. The film was directed by Sagar K Chandra and produced by Suryadevara Naga Vamsi under the Sithara Entertainments banner.