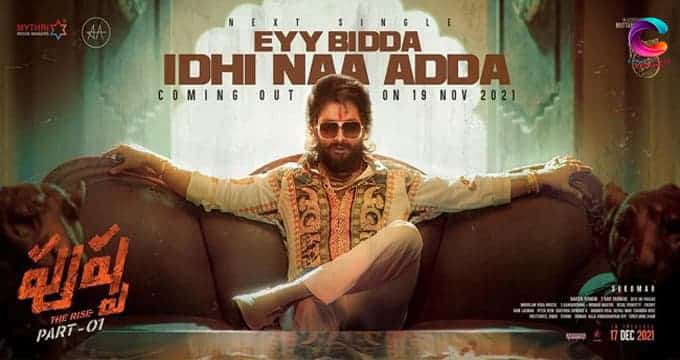 Expectations on Allu Arjun’s Pushpa film are increasing day by day. The audience and fans are highly connected with the mass looks and action of Allu Arjun in this film. It is said that every element in the movie along with the bunny look is going to be in mass. Songs from this film already created records on social media. Pushpa’s special song is planned in the same range. There is a talk that more village elements are added in this song. Fans are fully confident that this special song in Pushpa will rewrite all the previous records.

Bollywood star heroines are casting for this special Item song shoot in Pushpa. In order to increase the craze of this film in Bollywood makers are decided to cast Bollywood actors and do this song with a huge budget. It is reported that a heroine has already been finalized for this song. Makers are planning to complete the Pushpa movie shooting with this special song. Sukumar speeded up the shooting as the release date of the film is approaching. Item Songs Specialist Devisree Prasad is providing the music for the highly anticipated film. So, everyone is waiting in the belief that the mass item song will be at the next level.

Starring Allu Arjun and Rashmika Mandanna as a couple, the film is all set to release on a massive scale in all languages ​​in the South. There are some doubts over the theatrical release in the South. Clarity on that matter is likely to come soon. Promotional activities of this movie are going to be in a huge range.

Organizers are planning to go abroad for movie promotion. Unite members are very confident that this film will rewrite all the previous records in the industry. This is the high-budget movie in Bunny’s career. Bunny fans are expecting that with this film his stardom will be double and he will be a global star. And the makers are planning to release Pushpa Part 1 on December 17th