Akhanda movie was made in the combination of Nandamuri Bala Krishna and Boyapati. Now it is all set for its release. This film may hit theatres at any time. Promotional activities for the film are already started. With the release of the Akhanda movie poster and teaser, the expectations of this film further increased. Songs are also released. The release date of the Akhanda movie is not yet confirmed. But there is news that this film already created a good business in the market. Tollywood source says that Akhanda movie was bought by big producers in Andhra. 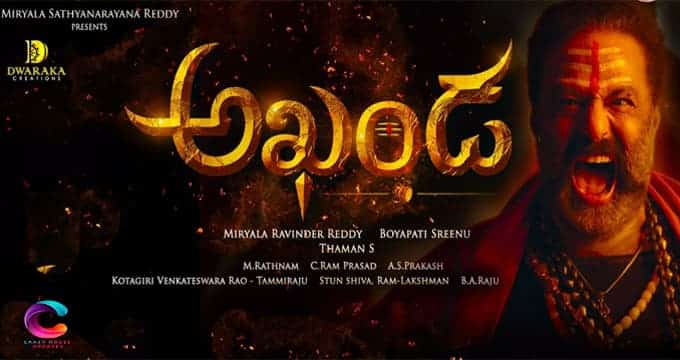 After the biggest blockbusters like Simha and Legend, Balayya Boyapati’s upcoming combo is expected to be in the next range. The film stars Kanche Beauty Pragya Jaiswal opposite Balayya. She is going to appear in a full-length key role. Srikanth in this film plays a full-length negative role for the first time. As we all know Jagapathi babu’s second innings started as the villain with the movie Legend.

Now Srikanth is starting his second innings with Akhanda movie in a negative role. Srikanth’s son recently did his second Pellisandadi movie as a hero. This film received average talk at Box Office. Fans are hoping that Akhanda movie will be another Blockbuster in Balayya’s career.