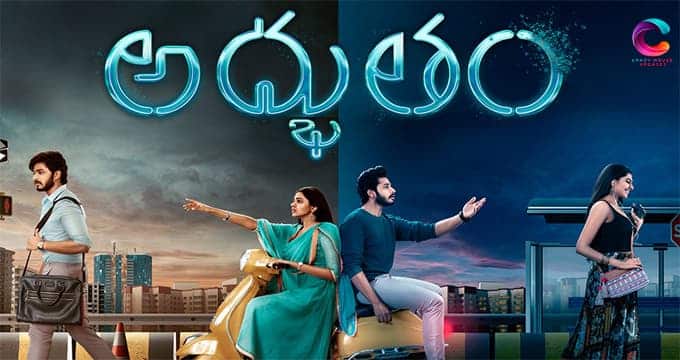 ADBHUTHAM MOVIE REVIEW: Adbhutham is another movie that comes under science friction zoner. This film continues the trend of low-budget movies. Yesterday Adbhutham film was released on Disney Plus Hotstar. Without any late let us go into adbhutham movie review.

STORY: Before talking about the Adbhutham movie review let us know a bit about its story. Surya (Teja Sajja) is passionate about music but, due to some reasons, he works in a News channel as a Newsreader. Vennela (Shivani Rajasekhar) wants to do her further studies in foreign.  They both live in Hyderabad and are unknown to each other. One day they both decide to commit to ending their life because of their problems in life.

Surya messages to his number that ‘No one is responsible for his Death’. Destiny has a different plan for them. Surya’s message delivers to Vennela, she is in the 2014 year. The story takes a turn when they came to know that they both are in different timelines. Would they meet each other? How do they help each other in solving their problems? You will get answers to all these questions by watching a movie. 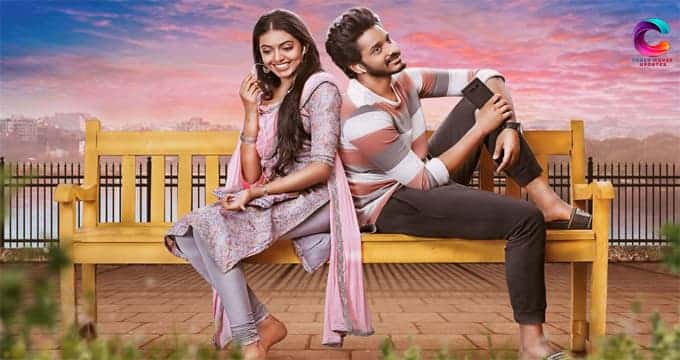 TECHNICAL ASPECTS: It’s a science fiction movie directed by Mallik Ram. Production values are good. Radha is the music director, BGM went well according to the situations in the film. The editing work is decent and it was done by Garry BH. It was produced by Chandra Shekar under S’s original banner. Vidhyasagar was Cinematographer.

CONCLUSION: Concluding note for the Adbhutham movie review is it’s an above-average film. Teja Sajja and Shivani Rajasekher did well in the film. On whole, it is a suggestable movie to watch.