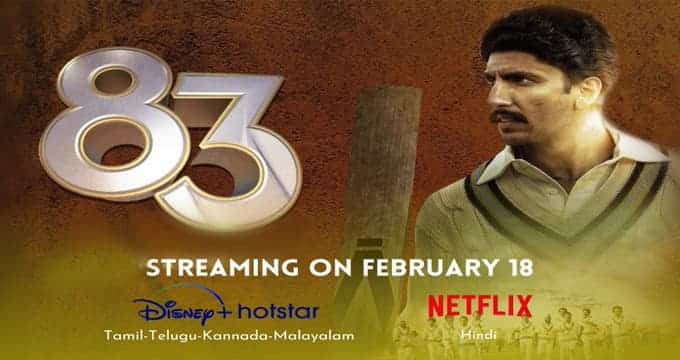 83 MOVIE OTT RELEASE DATE IS LOCKED: 83 film is a sports drama directed by Kabir khan. The film was based on the golden era in Indian cricket history I. e. 1983 in that year won its first-ever world cup under Kapil Dev captaincy. 83 film was released on 24th December 2021. The film stars real-life couple Ranveer Singh and Deepika Padukone in lead roles. To know about 83 movie reviews and 83 movie story check out the link here.

Cricket is so popular in India so, the expectations about 83 movie was on high. Director Kabir Khan and Ranveer Singh expected that the film is going to make a blockbuster hit. Despite all these expectations, 83 failed at the Box office. Due to covid situations. Those who have not seen this movie in theaters are waiting for 83 movie OTT release dates and streaming.

But as per the pre-agreement, the film cast is getting ready to stream the film late. 83 movie OTT streaming rights were bought by Disney plus Hot star. However, Hindi language rights for 83 movie were purchased by Netflix with a huge amount, and this original version of the 83 movie OTT release date is not yet announced by Netflix. 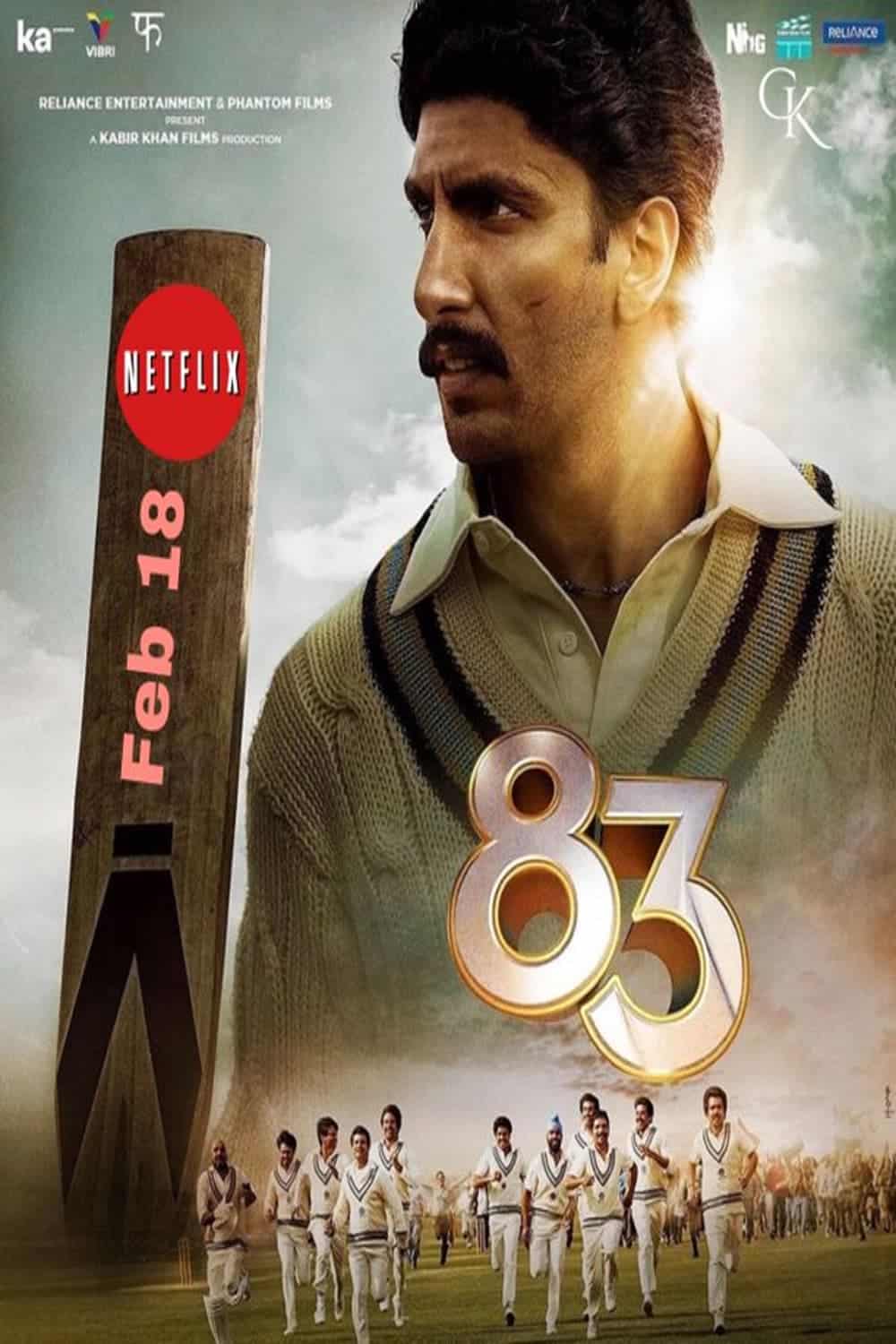 Disney Plus Hot Star purchased the rights of 83 movies OTT Digital Rights for South languages. It also announced 83 movie OTT release date. The film will be available in South languages like Telugu and Tamil from the 18th of February onwards. Fans and audiences who missed watching the film are so much excited about this news.